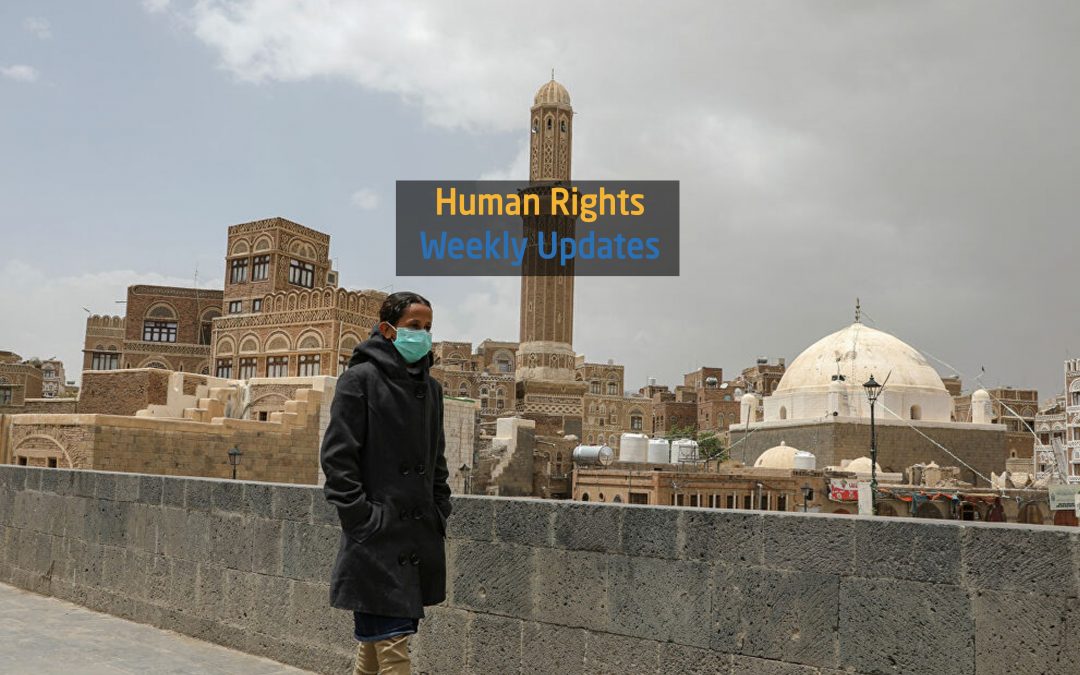 (31, March, 2020), Jawaher Abdullah, a little girl, died after the hospitals in Aden city refused to receive her because they assumed she had #coronavirus. Abdullah is less than four years old and suffered from asthma for a year. Her health situation worsened dramatically and was in urgent need of artificial respiration, while her family was moving from a hospital to another. The biggest public hospitals in the city refused to receive patients because of the lack of capabilities to control the epidemic.

(2, April, 2020), Dozens of houses were damaged, people’s properties swept away and the general road was cut off in Ahwar district as a result of floods in many areas in Abyan governorate.

(2, April, 2020), The security apparatus destroyed a woman’s house in Taiz governorate under the order of the judicial authority. An eyewitness said the security destroyed the house of Werd Mohammed after they let the dwellers of the house leave. Mohammed said she owned the land for 27 years.

(3, April, 2020), Medical source reported that a woman was killed by the bullet of a Houthi sniper in south of Hodeida governorate.

(3, April, 2020), Soldiers loyal to the Southern Transitional Council stormed the houses of many internally displaced households in Dar Sa’ad district in the interim capital of Aden, sent them out to the street and threatened them without reason.

(4, April, 2020), A local official in al-Maharah governorate said the rain flood has besieged 1700 households for ten days in al-Messila valley.

(5, April, 2020), Six female inmates were killed and twenty others injured by Houthi shelling at the central prison in Taiz city. Belqees Channel correspondent said Houthis bombed the women section in the central prison by a number of mortars.