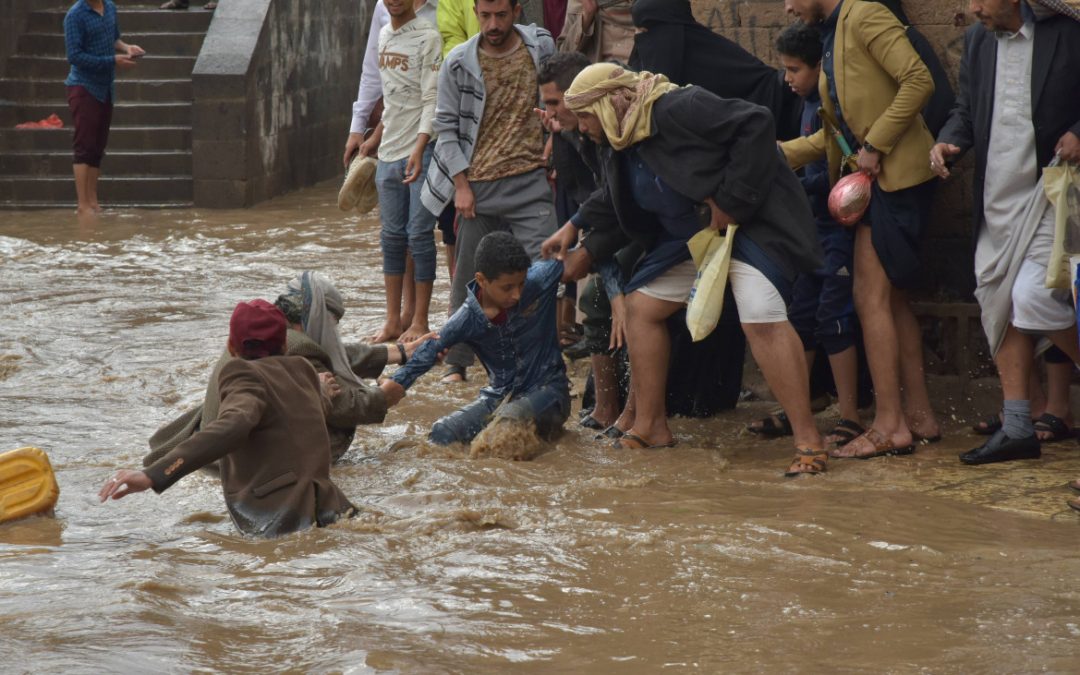 A house collapsed due to heavy flooding, causing the death of six women in Al-Jafaria district in Raymah governorate. The sources said the civilians couldn’t rescue the women because of the lack of capacities amid the complete absence of official relief.

The sources reported that five other people died due to the collapse of a house in Al-Jibeen district.

Meanwhile, the Houthi group announced the death of three civilians as a result of rain and flood in Naqam area in Sana’a.

The severe flood swept away the internally displaced persons camps in Al-Yabli area, east of Al-Khokha city in Hodeidah governorate.

In Shabwa governorate, two civilians died in one of the water barriers in Ataq city.

A local source said about 400 households were affected after the flood swept away IDP camps and lost shelter.

The flood also damaged a number of farms and houses which are close to the flood control channel. The people demanded the local authority to respond  rapidly to save them and build water barriers to protect their land and secure the traffic on the the international road before the route is cut off completely.