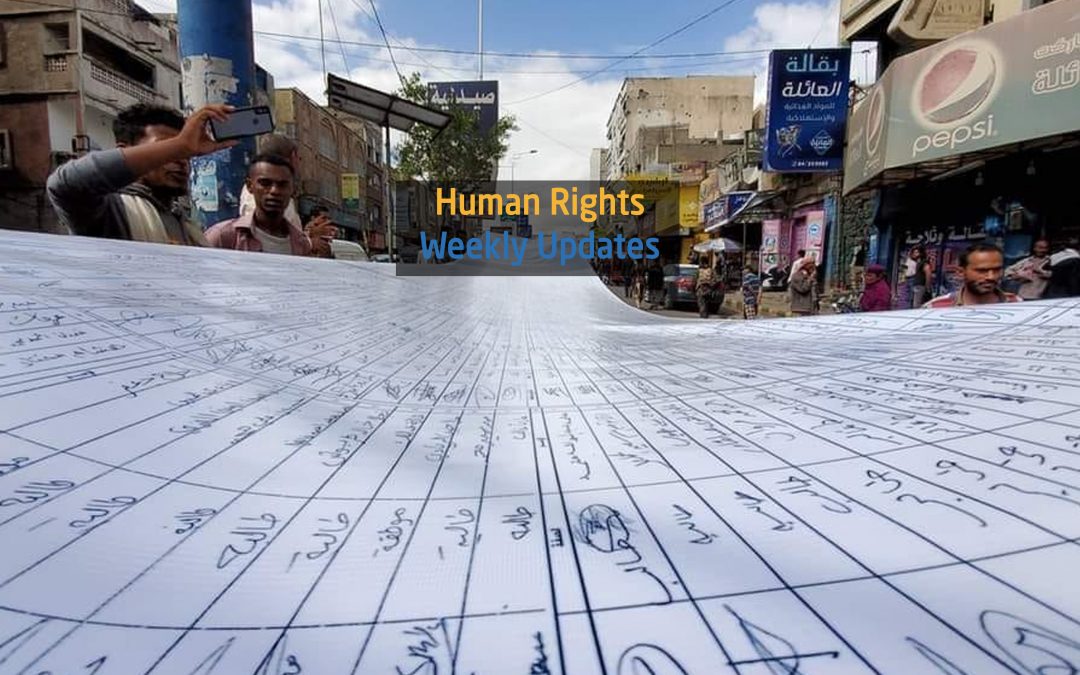 (17, December,2020), The Houthi group raided the home of activist and Nobel Peace Prize laureate Tawakkol Karman in Sana’a. Karman mentioned that storming homes is common practice by the militia and gangs and she stressed the need to resist against the Houthis and Saudi–Emirati coalition.

(17, December,2020), Two civilians were killed as a result of Houthi shelling and the explosion of a Houthi landmine in Marais district in al-Dalea governorate.

(17, December,2020), The Security Belt forces loyal to the Transitional Council, supported by the UAE, executed a civilian from Taiz governorate in one of its camps in the interim capital of Aden.

(17, December,2020), Local sources said members of the Security Belt summoned Mohammed al-Sabri to interrogate him over a dispute between him and a chicken seller; however, he returned as a lifeless body.

(19, December,2020), For the third week in a row, civilians in Hadhramout have held a protest condemning the deterioration of the economic situation and demanding the legitimate government to return to Yemen and perform their duties inside the country.

(21, December,2020), Civilians in Taiz city sign a 400-meter-long petition to repair Haijat al-Abed road, the only connection into Taiz, and to lift the siege on the city.

(21, December,2020), Dozens of civilians in Aden protested to denounce the theft of about 35 vehicles and YR 230 million from al-Nasr Car Showroom in Sheik Othman district by forces loyal to the Security Belt. They also abducted a number of employees.

(22, December,2020), Students continue to be taught in six temporary schools made of straw in Midi in Hajjah governorate. These schools were

built as alternatives to the destroyed schools, however, they are still lacking educational supplies, school textbooks, and teaching staff

(22, December,2020), The surgical separation of Siamese twins who were born on 17 December in al-Sabeen hospital in Sana’a is delayed as a result of the Houthis’ refusal of a UN request to move the conjoined twins outside Yemen. The deterioration of the health system puts the twins’ lives in danger.

(22, December,2020), Two civilians were killed after artillery shelling hit a residential neighborhood in the east of Taiz city.