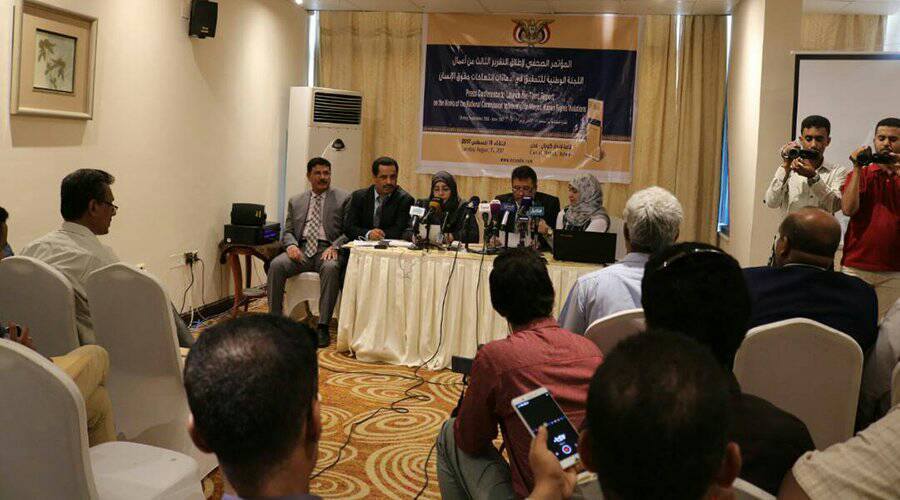 The Yemeni National Commission of Inquiry into allegations of human rights violations revealed that nearly 8,000 violations were committed between September 2016 and June 2017 by various Yemeni parties. In a third report released today in the interim capital of Aden, the commission said it had completed an investigation of 4,100 allegations of human rights violations, including 2,082 killings and 2,019 injuries among civilians. Furthermore, the Committee said that during the same period, it documented 176 allegations of child recruitment, 362 cases of planting individual mines resulting in 138 deaths and 224 injuries, 10 assaults and damage to property and cultural and historical buildings, 16 alleged attacks on medical staff and health facilities, and 732 cases of forced displacement. The report, moreover, revealed the findings of the investigations carried out by the Commission on 4,100 alleged violations and abuses of international law during the last period. It highlighted 693 cases of prosecution outside the framework of law, 37 cases of allegations of arbitrary arrest and enforced disappearance and 386 cases of torture. The report also identified 384 cases of alleged house bombings and 16 violations committed by the US aircrafts. #HumanRights #Yemen #Justice