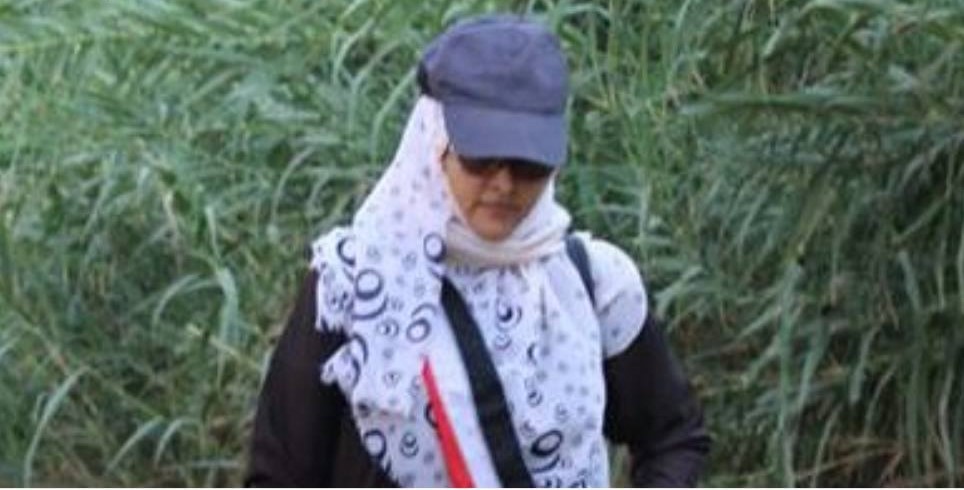 My name is Dalia Mohamad. I am 26 years old. I am one of the women who participated in 2011 youth revolution in Taiz. I participated in all activities of the revolution. I volunteered with the medical committee and provided emergency care for protesters against the forced suppression. I used to march and demonstrate, as well as, continued to study at the Medical and Science College. I successfully graduated in 2014 with honors. I started practicing medicine and I applied for a scholarship to resume my higher studies in Egypt to specialize.

When the war begun in 2015, I joined the demonstrations objecting to the coupe. Days after, the militia invaded the city of Taiz. Our demonstrations didn’t stop and moved to the Central Security calling for the militia to leave and objecting to their intention to invade Aden. The demonstration was forcefully disbursed by live bullets and gas. I started helping the protesters and providing them with emergency medical care.  Heavy fire was shot at us, and a 13 year student was shot. I was trying to help him. They cornered us in one of the allies and wanted to kidnap the boy. They shot me and I got injured in my left eye.

For two months, I was hospitalized to recover from my injury. I lost my eyesight in my left eye. My scholarship was also not processed as the State institutions stopped functioning. I stayed to defend the city that is now besieged for more than two years by Houthi militia, a city that is populated with more than four million people, the city that was Yemen iconic city for knowledge and learning, the city that produced Yemen’s most vital scientists and scholars. I stayed to help the people, the displaced families and the injured persons. I faced risks and helped in smuggling medicines to areas under siege.

This war has taken three members of my family, two nephews who joined the war to fight and defend the city, and my aunt, who was targeted by a sniper as she was helping an injured person. We tried to help her but for almost an hour we could not reach her because we were targeted by the sniper and when she managed to reach us and we moved her to the car to save her, it was too late. The militia forced us to leave our homes. We were all women. They shelled my home, looted and planted explosive mines in my sister’s house.

We have been deprived from a normal and safe life, deprived from education and work, and deprived from realizing our ambitions and aspirations. Our lives were stolen and instead we were given suffering, pain, and diseases. What happens in Taiz is devastating and beyond imaginable. The humantierian situation is catastrophic. The legitimate government abandoned the city. The people are deprived from their salaries. Hospitals are closed and those open lack the basic necessities to operate such as medicine, oxygen and diesel for medical equipment. Injured and sick people die and they cannot even get a pain relief injection.

What happens to the women in Taiz is painful and you cannot accept for it to continue. Women are targeted indiscriminately, are forced to leave their homes and villages, have lost their income, they are insulted, beaten at checkpoints, when they leave to bring food to their families. They walk for miles and for hours to bring the basic life necessities for their families. Some women died taking difficult journey on their way to hospitals in other cities to deliver their babies, and others die because of mines placed everywhere even the villages.

Peace! what peace are we talking about after all of this blood which continue to be shed? What we want is accountability and prosecution of warlords. We want an international investigation to the human rights violations in the city.

We want a peace resolution that brings justice to the victims. We want the war to stop, we want the siege to be lifted, we want all city entrances to be re-opened, we want the militia to withdraw and to be prosecuted as per the rule of law, we want them to submit their weapons, we want a State to rule not a militia.

To be silent about what is happening in the city of Taiz cannot continue. Ignoring seeking justice for the city and not including it strongly in the peace agenda that you are sponsoring is on its own a great violation. We hope that you will seriously work to stop the violent conflict in Taiz.