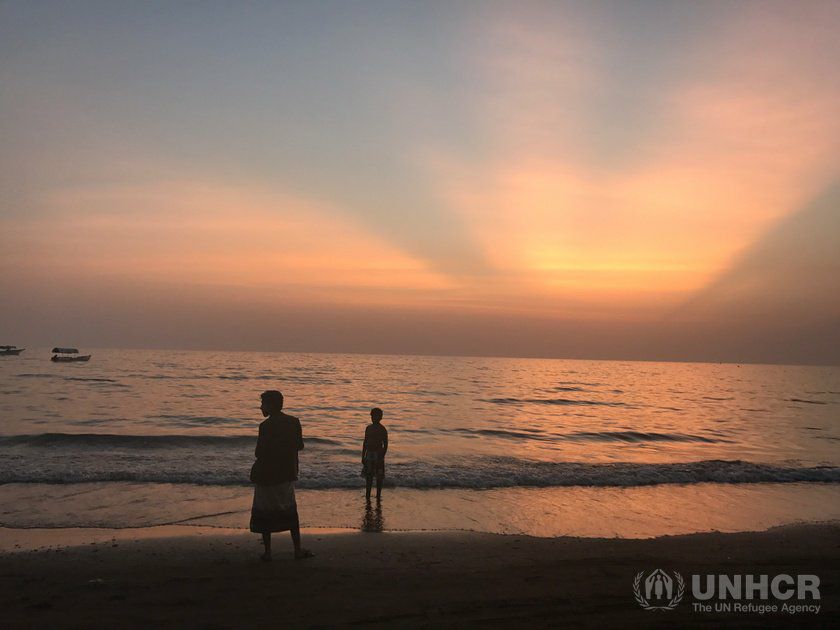 UNHCR, the UN Refugee Agency, is saddened by the two tragic incidents reported off the coast of Yemen’s Shabwah Governorate this week, in which scores of refugees and migrants are feared to have drowned.

The first incident was reported on 9 August and the second a day later. Details are still unconfirmed but survivors quoted by a UN partner agency, speak of people being forced off boats and into the sea with nearly 70 in total presumed dead as a result of the two incidents.

UNHCR has warned repeatedly of the risks involved in dangerous boat crossings to Yemen.  Prolonged conflict and insecurity have facilitated the proliferation of smuggling and trafficking by criminal networks targeting and exploiting people fleeing persecution or poverty.

The incidents this week are illustrative of the increasing brutality being seen on these crossings. Last year at least 79 persons were recorded to have lost their lives at sea or went missing on their way to Yemen over the course of several incidents. However, this week’s events demonstrate the increasing callousness and blatant disregard for human life shown by smugglers and traffickers.

Despite Yemen’s ongoing conflict, it remains a destination for many refugees fleeing the Horn of Africa and for thousands of migrants seeking to transit through the country in search of livelihoods. In all, more than 117,000 people arrived in Yemen in 2016. Many were lured by smugglers into taking the perilous boat journey. More than 30,000 people have made their way to Yemen through the Gulf of Aden or across the Red Sea in the first half of 2017.

With Yemen’s prolonged conflict, deteriorating conditions, buckling state institutions and challenges to the preservation of rule of law and governance, those most vulnerable including new arrivals face grave dangers and risks.

In response to the danger and exploitation faced by those attempting to cross to Yemen, UNHCR earlier this year launched a regional awareness campaign titled “Dangerous Crossings” to spread awareness in countries of origin about the dangers of crossing the Gulf of Aden and Red Sea from Africa to war-stricken Yemen and highlighting the horrendous conditions and rising risks in Yemen.