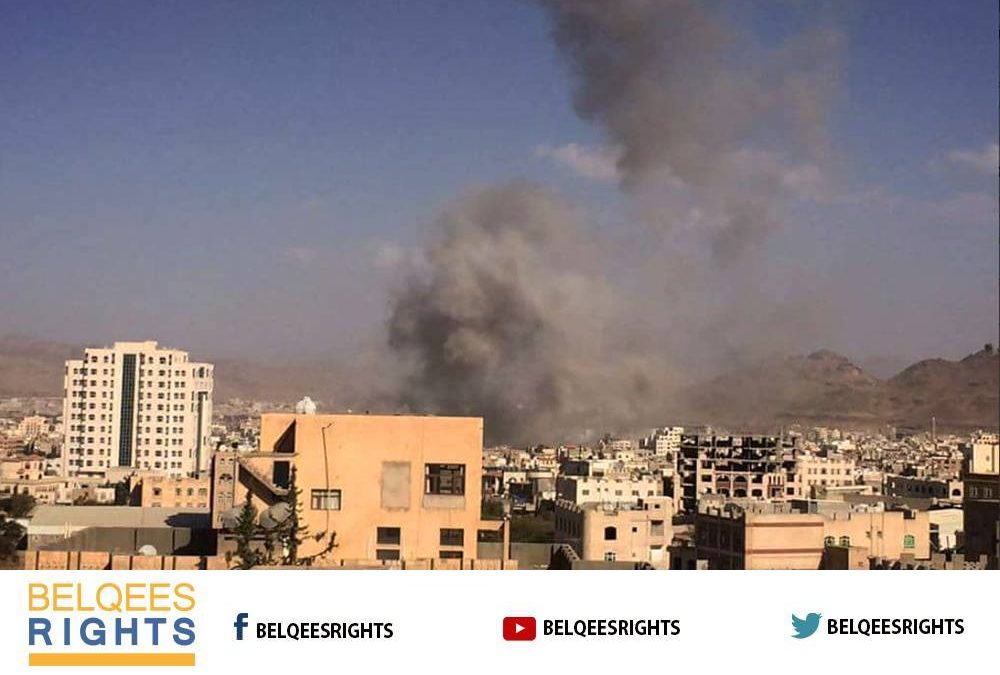 (Beirut) – The killing of former longtime Yemeni president, Ali Abdullah Saleh, on December 4, 2017, underlines the need for governments to support the new United Nations expert panel to investigate abuses by all sides to Yemen’s war, Human Rights Watch said today. Saleh, implicated in numerous abuses during his 33-year-long rule of Yemen and during the current conflict, was reportedly killed by Houthi forces while trying to leave the capital, Sanaa.

The Group of Eminent Experts on Yemen was created by the UN Human Rights Council in September to investigate and identify those responsible for abuses in Yemen’s armed conflict. The United States, United Kingdom, and other UN member countries should press the Saudi-led coalition and Houthi armed group to cooperate with the UN inquiry.

“Saleh’s death is a grim reminder of the consequences of granting immunity to those linked to grave abuses since countless Yemeni victims and their families should have been able to confront him in court for his alleged crimes,” said Sarah Leah Whitson, Middle East director at Human Rights Watch. “The US, UK, and others should fully support the UN expert panel and pursue the justice Yemenis deserve.”

Tensions between forces loyal to Saleh and the Houthis had been increasing over the past few months, with armed clashes breaking out on December 1 in Sanaa. On December 4, Houthi-affiliated media reported that Houthi forces had killed Saleh. Videos purportedly showing Houthi forces putting Saleh’s body, with a head wound, into a truck circulated on social media. Close associates of Saleh later confirmed he had been killed that day. The circumstances of his death remain unclear.

During the recent fighting in Sanaa, dozens of people, including civilians, were killed, and hundreds wounded. Ambulances and medical teams were not able to reach the wounded and medical teams were reportedly attacked, according to the UN. An International Committee of the Red Cross medical warehouse was struck during fighting, the organization’s regional director said on Twitter. Humanitarian agencies repeatedly called on all sides – including the coalition, which had reportedly carried out airstrikes against Houthi forces during the fighting – to allow civilians safe passage.

Civilians in Sanaa had already been suffering from a lack of essential supplies, like food, fuel, and medicine, following the coalition’s decision to block the entry of goods through ports under Houthi control on November 6.

Saleh leaves a deeply troubling legacy. Although officially deposed from power during the Arab Uprisings in 2012, Saleh stayed in Yemen and acted as a political spoiler throughout the country’s aborted transitional process. In September 2014, the Houthi armed group took over Sanaa. Despite having waged a six-year, intermittent civil war against the Houthis in the north, Saleh aligned himself with the rebel group in the fight against President Abdu Rabbu Mansour Hadi and the Saudi-led coalition.

The allied Houthi-Saleh forces committed numerous violations of the laws of war, some most likely war crimes. Human Rights Watch documented that Houthi-Saleh forces laid antipersonnel landmines throughout the country and killed and wounded civilians and prevented their return home. The Houthi-Saleh forces indiscriminately shelled densely populated areas like the cities of Taizz and Aden, forcibly disappeared and abused scores of individuals in areas under their control and blocked and impeded the distribution of aid.

Saleh left office in February 2012 under a flawed transfer pact brokered by the Gulf Cooperation Council and backed in most aspects by the UN Security Council, the US, and European Union member countries. The accord promised Saleh immunity in exchange for leaving office. Yemen’s parliament fulfilled the promise, passing a law granting blanket immunity from prosecution to Saleh and his aides for any action during his 33-year rule.

Shortly before Saleh left office, Human Rights Watch confirmed the deaths of 270 protesters and bystanders during attacks by government security forces and gangs on largely peaceful demonstrations against his rule, most in Sanaa. Dozens more civilians were killed in 2011 in apparently indiscriminate attacks by government security forces on densely populated areas in Taizz during clashes with armed opposition fighters. Human Rights Watch also documented a broad pattern of international human rights and laws-of-war violations by government security forces while Saleh was in power, including apparent indiscriminate shelling in the 2004-2010 civil wars against the Houthis and the use of unnecessary and lethal force since 2007 to quash a separatist movement in the south.

On December 4, the UN High Commissioner for Human Rights named Kamel Jendoubi, Charles Garraway, and Melissa Parke to the UN expert panel. In announcing the appointments, the high commissioner said: “For three years, the people of Yemen have been subjected to death, destruction and despair. It is essential that those who have inflicted such violations and abuses are held to account.”

“It’s critical for the panel to be able to do its job so that the thousands of Yemenis who have suffered can find a measure of redress,” Whitson said. “Saleh’s death adds one more incident to the UN expert panel’s very long caseload.”