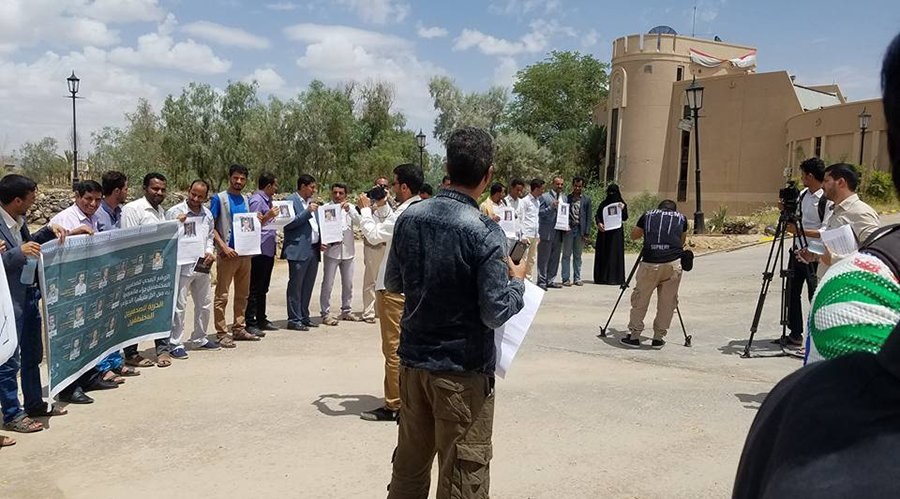 A number of journalists held a protest in Marib governorate on the World Press Freedom Day, May 3, to demand the release of the abducted journalists in the Houthi militia detentions.

The abductees and detainees are exposed to torture, beatings, ill-treatment and poor conditions of detention, according to Yemeni Journalists’ Syndicate’s (YJS) and the Mothers of Abductees Association’s reports.

Belqees TV Channel reported in a press statement that three of its journalists were killed by Houthi militia, Abdullah Qabel, Abdullah Al-Qadery and Mohammed Al-Qadasy.

YJS said also in its annual report that the Houthis militia is responsible for 68% of the total violations, while 18% are attributed to the government and its agencies. The other share of the violations are committed by unidentified parties, resistance movement based in Taiz, the Southern Movement, extremist groups, and the Arab coalition led by Saudi Arabia.

On another level, YJS also called for stopping the trial of Awad Keshmim in Hadramout, Yazid Al-Faqih, and Adnan Mustafa in Sanaa on the background of expressing their own views. They called on stopping all types of pressures to silence the press.