The National Commission to Investigate Alleged Violations to Human Rights documented 4,368 cases of alleged violations since the beginning of 2018 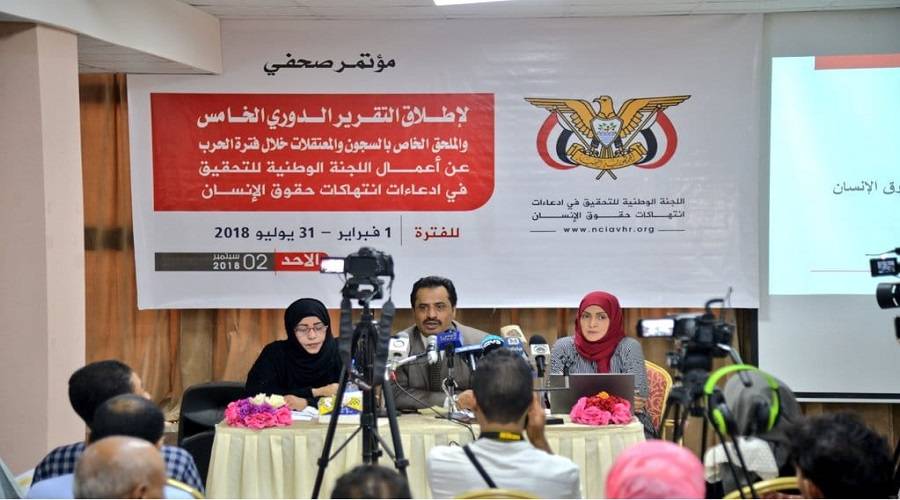 The National Commission to Investigate Alleged Violations to Human Rights documented 4,368 cases of alleged violations in Yemen during the period from 1 February to 31 July 2018.

The total cases, which were documented and investigated by the commission, related to violations of international humanitarian law, involving 1,045 cases of civilians who were killed and injured. 392 civilians were killed, including 42 women and 92 children, and 653 injured, including 148 children and 75 women.

The commission recommended in the special report of prisons and detentions to stop detaining civilians arbitrarily, close all illegal detentions, and ensure accountability for acts of torture.