Recruiting children for war is an endless tragedy 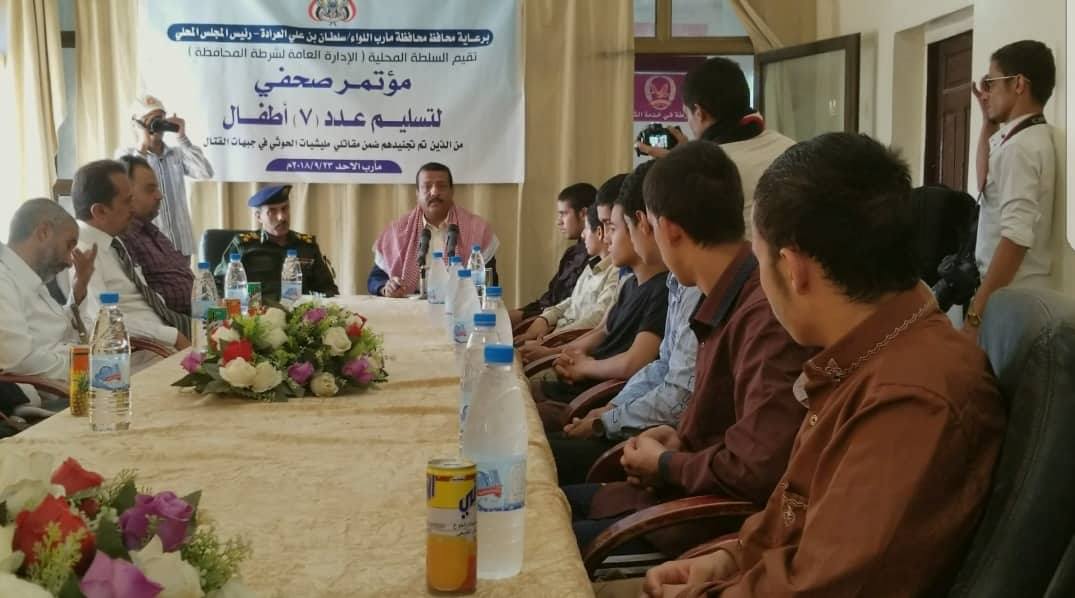 Marib police handed over 7 children to their families after they were recruited by Houthi militia on fronts on the Yemeni-Saudi border.
The latest report by the UN Secretary General on children in armed conflict confirmed that 842 boys had been recruited by various parties in Yemen since the conflict began.