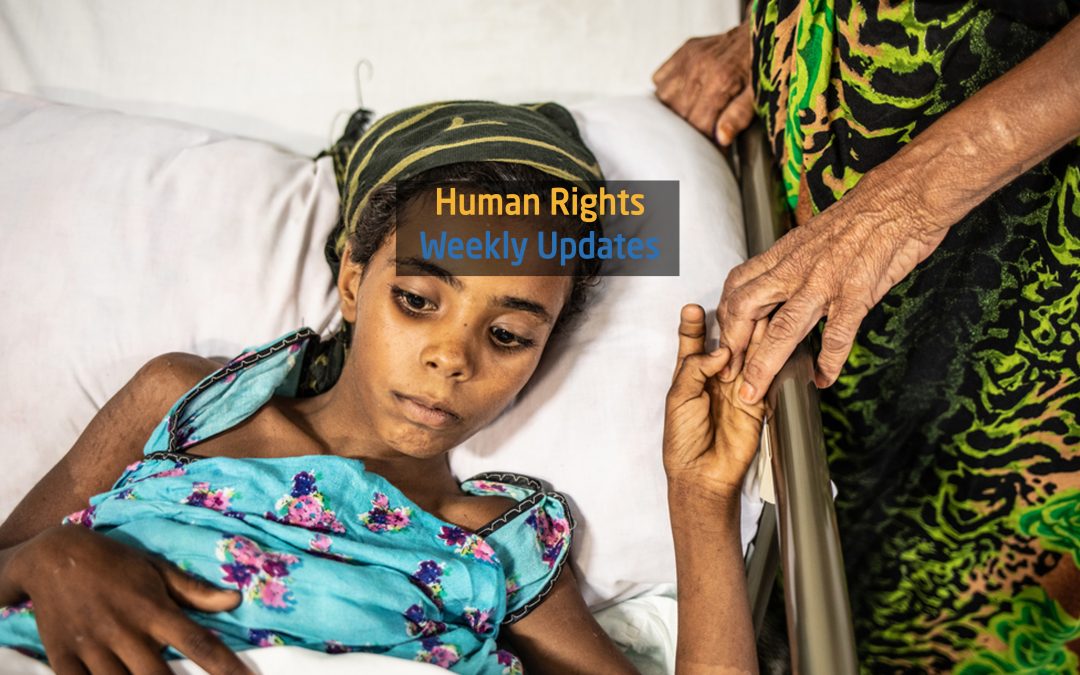 (29, October,2019), Three civilians were injured, including a woman, in the explosion of a landmine in Qa’ataba city in al-Dhale province.

(30, October,2019), The Health office in Abyan declared a state of emergency in anticipation of the coming of Kyarr Cyclone in the coasts of east and south governorates in the next hours.

(30, October,2019), Torrential rain and flooding in al-Qabbaytah district in Lahj governorate destroyed the road that links Aden and neighboring governorates and interrupted the mobility of passengers and freight.

(31, October,2019), The army has removed a network of landmines planted by the Houthi group in al-Manthar, south of Hodeida governorate, causing the death of dozens of civilians, including women and children.

(2, November,2019), Health office manager, Abdul Qader Bajamil, said Zanzibar hospital is in shortage of essential supplies and medicine. It has received 600 suspected cases of cholera since the beginning of October.

(2, November,2019), A family of seven members fled their home in al-Hodeida city to Marib city on their only piece of property, a motorcycle, escaping from the war and searching for a safe place to live.

(3, November,2019), Association of Abductees’ Mothers has appealed for the lives of 3 abductees in the Central Prison in #Sana’a to be saved. They said in a statement that the 3 abductees suffer from autoimmune hepatitis and anemia, causing their health to deteriorate.

(4, November,2019), Belqees TV reveals the living crises faced by families in the war which has hampered development in Yemen for the next 21 years. “I don’t want to live,” said Walia Hamoud, one of the thousands of women in Yemen forced to beg after her husband died and her salary was not paid.