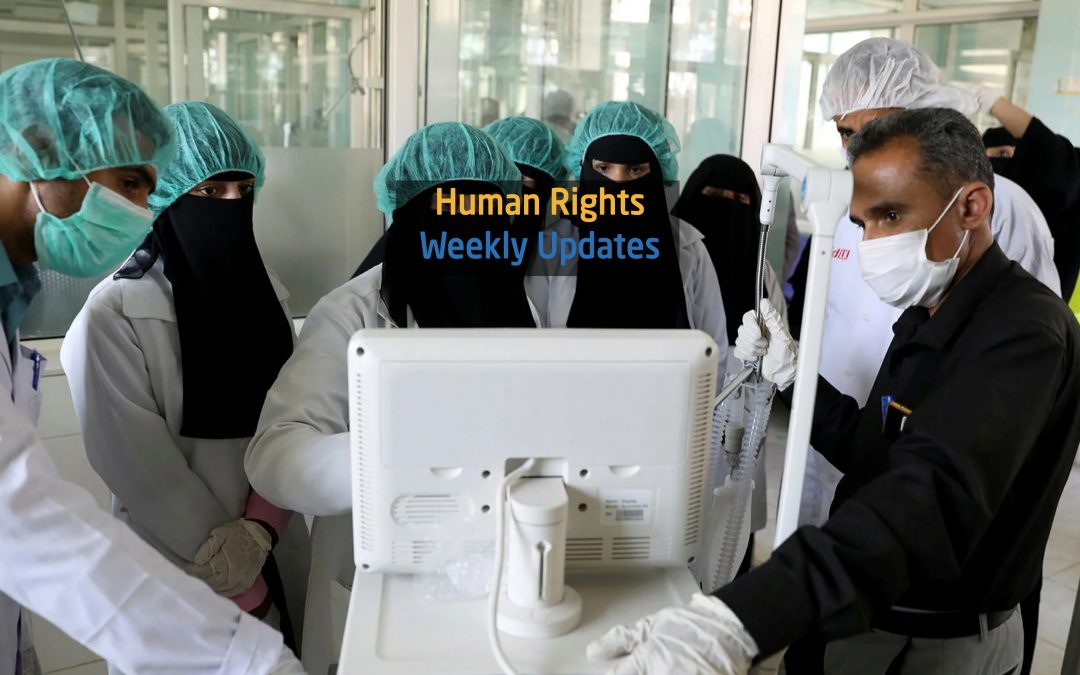 (7, April, 2020), A child was killed and another seriously injured by Houthi snipers stationed in the Asifra area of Taiz city, who targeted two children, a ten-year-old and an eight-year-old, while they were leaving their home.

(7, April, 2020), An online campaign was launched to disclose the fate of the political abductee Mohammed Qahtan, who was abducted 5 years ago, and demanding to release him.

(8, April, 2020), The authorities in Taiz governorate approved the release of 140 prisoners (male and female) who were imprisoned for being insolvent debtors, since the women’s section in the Central Prison is being targeted.

(8, April, 2020), A civilian was killed by Security Belt Forces supported by UAE in the Crater neighborhood in Aden city.

(9, April, 2020), The Yemeni government accused Houthi group of displacing 11,000 people from al-Hazm city in al-Jawf governament. to Marib city. A report issued by the Human Rights Office in the governorate said the Houthi deprived 31,000 students from continuing their education and fired 5,000 teachers.

(11, April, 2020), Following the announcement of the first coronavirus case in Hadhramaut, local authorities in al-Maharah governorate decided to close all ports for 48 hours.

(11, April, 2020), Local sources: a woman was killed and others seriously injured as a result of Houthi shelling targeting Hayes city, south of Hodeidah governorate.

(11, April, 2020), A court loyal to the Houthi group in Sana’a issued court decisions to the 10 abducted journalists detained for 5 years in prisons run by Houthis. The Court sentenced 4 journalists to death and the other 6 journalists were deemed to have already served their time in prison.

(11, April, 2020), Local sources confirmed that there are casualties after Houthi shelling that targeted one of the populated neighborhoods in Marib governorate.

(13, April, 2020), Health workers in al-Shahr hospital hold a protest in Hadhramaut coast to take the case infected by COVID19 and move him to the quarantine in al-Mukalla governorate.

(13, April, 2020), A woman was injured and many houses were damaged as a result of Houthi shelling at the villages of lower Hajar in al-Dale governorate.

(13, April, 2020), Houthi group imposed a tax of 100 million YR on every telecommunication corporation in areas controlled by Houthis under the pretext of controlling the coronavirus.