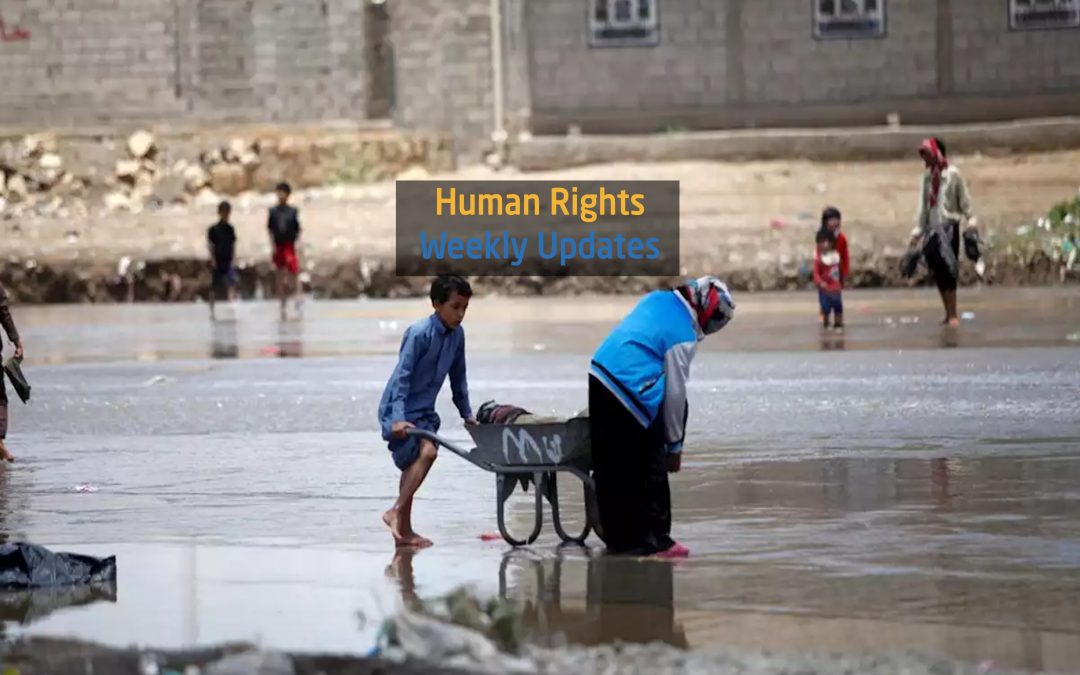 (29, July, 2020), Local sources: three internally displaced people died, including a child and a woman from one family, and dozens of houses were damaged as a result of the flash flood in Hajjah governorate.

(30, July, 2020), Human rights sources revealed that a number of enforceably disappeared people have been released. They were abducted five years ago and transferred to secret prisons outside Yemen.

(30, July, 2020), ‘Eid is good health.’ With these words Ali, 38 years old, is expressing the situation of millions of Yemenis who can’t offer a sacrifice on Eid Al-Adha in a country devastated by war and amid the spread of coronavirus, with salaries being cut and the interruption of business. Ali, a bus driver in Ibb city, said to Belqees TV that offering a sacrifice has become impossible in light of the increasing prices.

(31, July, 2020), Prisoners have continued to protest inside sections of the Central Correctional Prison in Ibb governorate against the arbitrary procedures taken by the prison administration. The protest came after a decision to prevent the prisoners from using their mobiles.

(31, July, 2020), At least one child died and dozens of houses and camps were affected by the torrential flood in Hiran district in Hajjah governorate.

(31, July, 2020), Thousands of Yemenis sacrifice chicken during this Eid Al-Adha due to the war, pandemic and crazy high prices. “This is the fourth Eid that I can’t offer a sacrifice or buy meat. I can only buy chicken, if I get money,” said Emad, a government employee whose salary was cut.

(1, August, 2020), The torrential rain and flooding sweeps away vehicles and damages civilian properties in Sana’a.

(2, August, 2020), A civilian was killed and two others injured by Houthi shelling at populated areas in the north of Lahj governorate.

(3, August, 2020), The Executive Unit for the Camps of IDPs: more than 2,200 houses for internally displaced people were damaged as a result of flooding in Marib, Abyan and Al-Dale governorates.

(4, August, 2020), Local source: a landslide on the road leading to Al-Sahul area in Ibb city blocked the road and hundreds of cars were unable to move.

(4, August, 2020), 17 people died, including children and women, as a result of the flooding in Marib governorate two weeks ago. The torrential rain led to the collapse of Al-Rawna dam in Amran governorate, causing the destruction of dozens of houses and the damage of property.

(4, August, 2020), About 20 houses have completely collapsed and many historical forts destroyed in different villages in Jishan district in Abyan governorate as a result of heavy rain