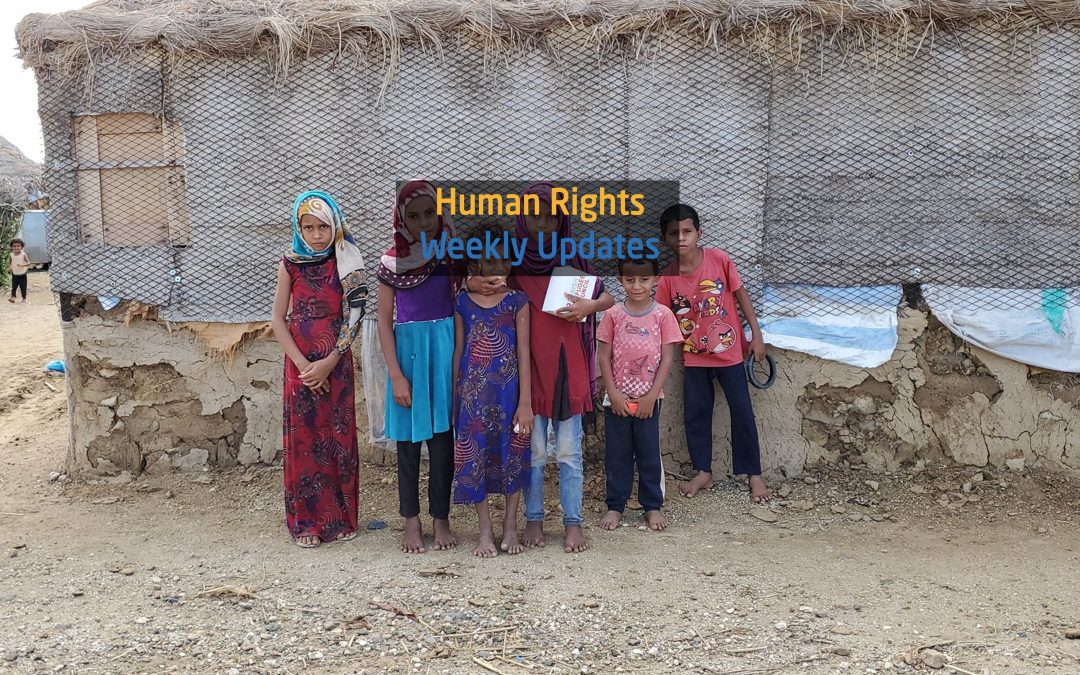 (10, September,2020), A little girl and her father were killed and her brother was injured by artillery shelling in Hayes city, in the south of Hodeidah governorate.

(10, September,2020), Dozens of civilians demonstrated in Sana’a to protest against the heinous killing of Abdullah Al-Aghbari, 24 years old. The protestors demanded fair retribution for the killers of Al-Aghbari, who was tortured and killed by 5 people in Sana’a which is controlled by the Houthi group.

(12, September,2020), The executive unit of administration of IDP camps recorded the displacement of 2,945 households from Al-Jawf, Al-Baydha and Marib governorates.

(13, September,2020), The Lawyers Syndicate assigned 11 volunteer lawyers to plead in the Abdullah Al-Aghbari case, however the public prosecutor of the East Municipality prevented them from attending the first court sessions, according to Human Rights sources in Sana’a. The crime of torture and killing of Al-Aghbari moved Yemenis, and crowds protesting in Sana’a demand the rapid punishment of the killers.

(14, September,2020), The manager of the military hospital in Marib governorate: most of the attacks launched by the Houthi group are targeted at civilians, including women and children.