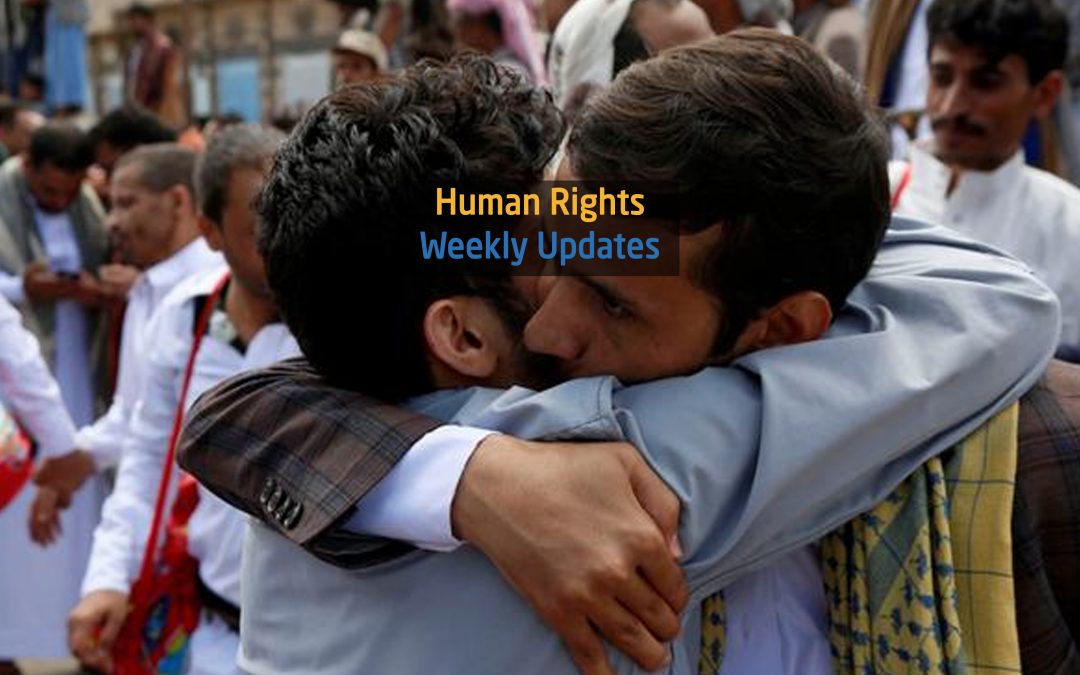 (20, October,2020),The Ministry of Human Rights accused the Houthi group of the continuous violations of children’s rights in Yemen. The Ministry said in a report that the Houthis recruited more than 4600 children between the beginning of this year and the end of September.

(20, October,2020), The president of the Association of Abductees’ Mothers, Amat Al-Salam Al-Haj, criticized the prisoners’ exchange agreement with the Houthi group for not including female detainees and abductees. Al-Haj appealed in press statements for the immediate release of the female detainees safe and healthy, without conditions or restrictions.

(17, October,2020), The Houthi group continues to hold politician Mohammed Qahtan, who was abducted from his home in 2015.

(17, October,2020), A touching moment of a mother receiving her son who was released from the Houthi group prison.

(15, October,2020), Initial photos of the prisoners and abductees the moment they arrived at Seiyun airport after they were released by the Houthi group as part of a prisoner exchange deal. Today the legitimate government released 221 Houthi prisoners in exchange for 221 abductees and prisoners.

(15, October,2020), Watch: The financial attaché in the Yemeni Embassy in Russia, Ali Borji, attacked the Yemeni students on scholarships in response to their demands for their overdue payments.

(14, October,2020), A civilian was killed and his brother seriously injured when Houthi shelling hit the eastern neighborhoods in Taiz city.

(14, October,2020), A woman was shot dead by a Houthi sniper in Al-Qobayta district in Lahj governorate.