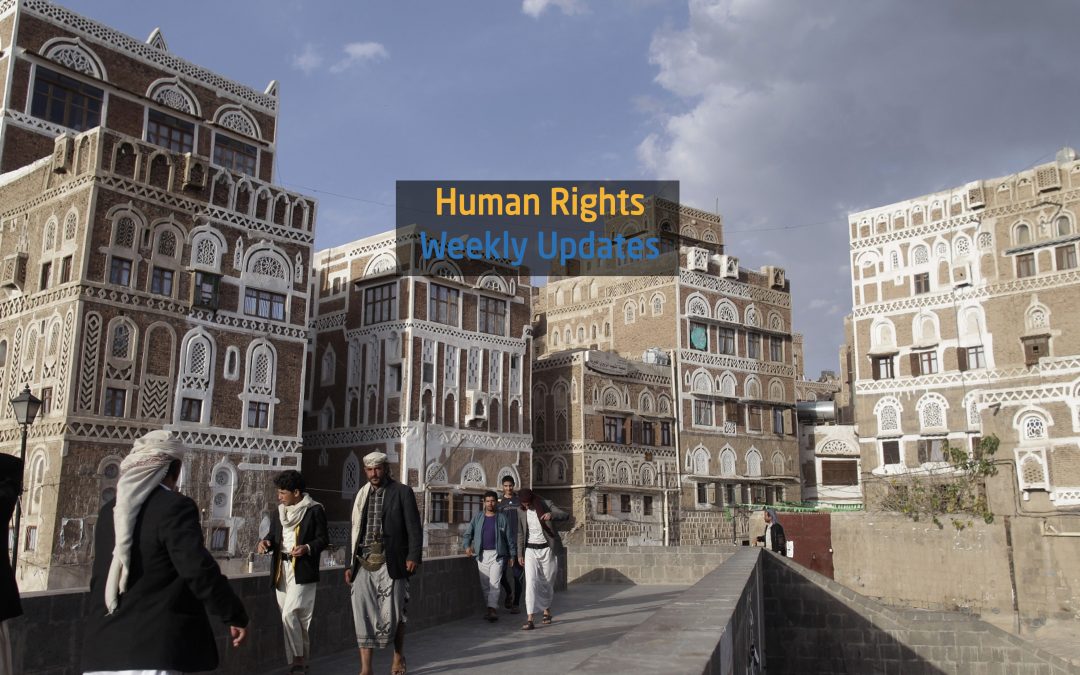 (27, October,2020), Sources revealed that in Sana’a, which is under the control of the Houthi group, orders were issued to demolish about 11 historical houses that are more than 600 years old in the Old City of Sana’a. The sources stressed that destroying these ancient buildings is a crime against the Old City and against world heritage.

(25, October,2020), According to human rights activists, a 14-year-old girl was abducted by four armed Houthi men and taken to an unknown destination.

(25, October,2020), Citizens from villages in Ibb and Lahj governorates succeed in building roads on their own to their areas to facilitate the supply of basic materials, the transfer of patients and removal of bodies.

(24, October,2020), Two employers were injured in Al-Amal center for oncology treatment in Taiz city as a result of Houthi shelling.The person responsible for the center appealed for the center not to be targeted by missiles or bullets because cancer patients suffer greatly and are in need of services to mitigate their pain rather than additional stress.

(22, October,2020), The Association of Abductees’ Mothers said 3 female prisoners were attacked and beaten in the Central Prison in Sana’a.