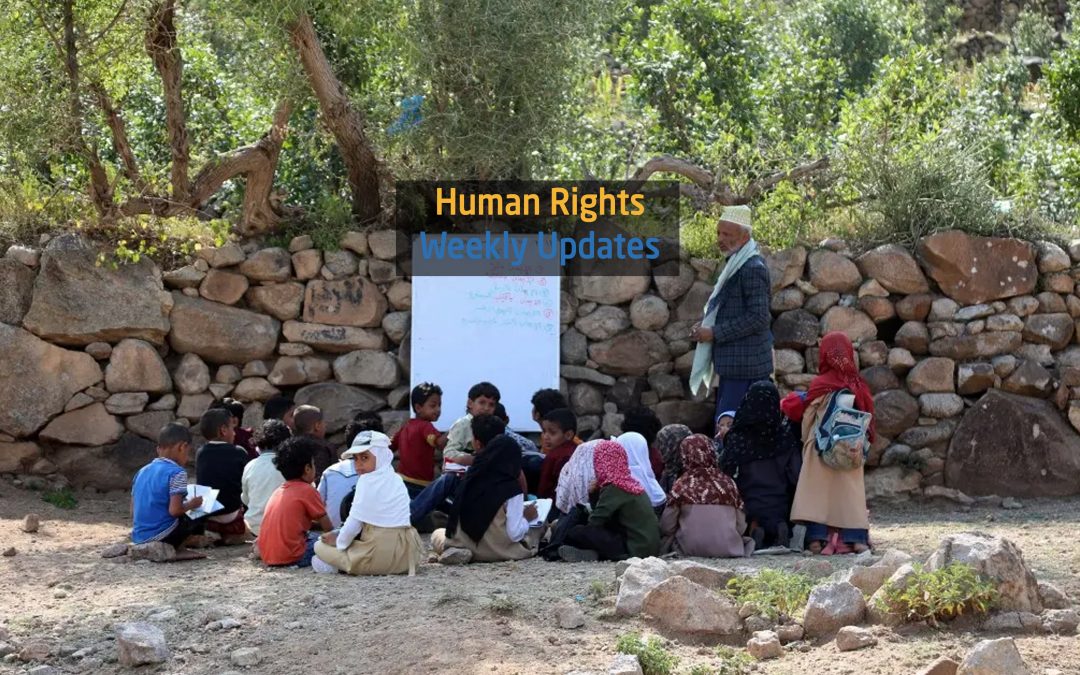 (3, November,2020), Little students run home under the sound of Houthi missiles after the outbreak of conflict in east Taiz city.

(3, November,2020),”Thousands of students study beneath trees due to the collapse of their schools,” said the manager of the education office in Hayran district in Hajjah governorate. When the Houthi group controlled the district ,they destroyed three schools, and other schools lack basic facilities

(31, October,2020), Seven civilians were injured, including two children and an elderly man who were seriously injured in the blast of an explosive device in a popular market in Taiz governorate.

(30, October,2020), Hundreds of thousands of internally displaced women face great hardship due to the ongoing conflict for the past five years, and living in ramshackle camps that lack basic facilities – privacy, toilets, or a health center.