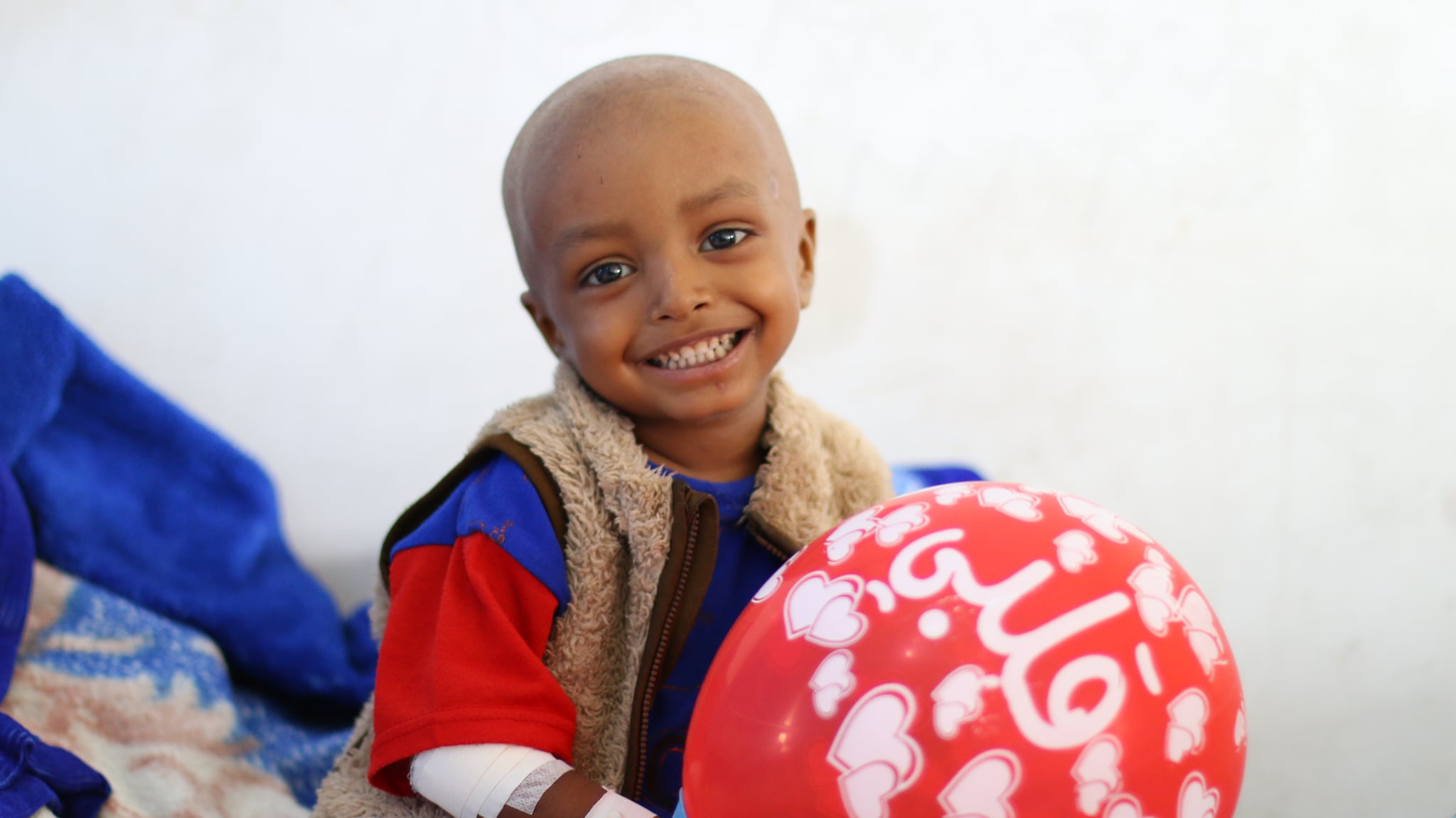 The elderly man Hasan Ahmed looks pale after reaching Taiz city from one of the surrounding villages in order to be treated for blood cancer. Ahmed has suffered from blood cancer for the past three years, requiring an arduous journey almost weekly to search for treatment in a city crowded with cancer patients and with the highest cancer rate in the country.

After reaching the center, he received chemotherapy and radiation treatment, “I received some free medicine from the center, but I can’t buy more because I don’t have enough money.”

Day by day, Ahmed’s health has worsened until his sound began to disappear and he has difficulty speaking. With a tone full of sadness and pain, he laments his poor living conditions and his destitute family. Like most patients’ families in Taiz, his family cannot afford the cost of cancer treatment and transportation as the center is far from their villages.

Approximately 35,000 Yemenis currently have cancer, and more than 11,000 are newly diagnosed with the disease every year. In 2016, many cancer clinics closed due to a lack of staff, medicine, and equipment, creating long waiting times and forcing people to travel many miles for vital treatment. As a result, thousands face a death sentence through a lack of access to medical care, according to the World Health Organization.