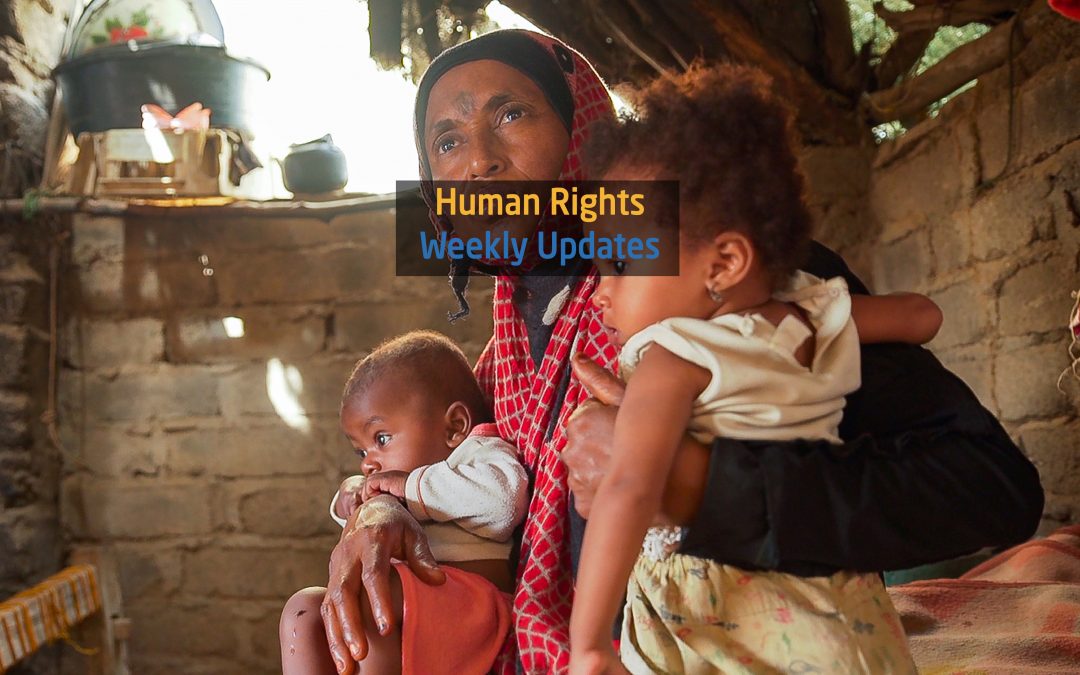 The Association of Abductees’ Mothers (18, November,2020),documented 1,247 abductees held in Houthi group prisons and 239 people that have been forcibly disappeared. The Association added in a statement to Belqees TV that 214 women have been subjected to arbitrary arrest.

(19, November,2020), The Association of Abductees’ Mothers documented 1,247 abductees held in Houthi group prisons and 239 people that have been forcibly disappeared. The Association added in a statement to Belqees TV that 214 women have been subjected to arbitrary arrest. Students continue to be taught in six temporary schools made of straw in Midi in Hajjah governorate. These schools were built as alternatives to the destroyed schools, however, they are still lacking educational supplies, school textbooks, and teaching staff.

(20, November,2020), There are more than 150,000 internally displaced people as a result of the escalating conflict since the beginning of this year.

(20, November,2020), The detainee Najeeb Abadel was tortured to death in a prison run by the Southern Transitional Council, supported by UAE.

(20, November,2020),The violations continue against Yemeni children by all warring parties. Children in Yemen need to be protected and kept safe.

(21, November,2020),A public committee documented 661 cases of violations committed against children in Yemen since 2016. The

(22, November,2020), A civilian was killed and others injured when shelling targeted north of Hodeida governorate. Houthi

(22, November,2020), Yemen is still suffering as a result of large areas containing mines planted by the Houthi group during the war, where a large number of civilians are killed and maimed, including women and children, according to the director of the National Mine Action Program, Ameen al-Aqili.

The Emirates deprived 22 Yemeni doctors from , November,2020),24(entering the country and taking the Arab Board of Surgery exam this year. The annual medical event ‘Arab Board’ was supposed to be hosted this year in the interim capital of Aden, but the UAE changed the host city from Aden to Dubai.

(24, November,2020),Belqees TV correspondent said five Yemeni fishermen died due to the tropical cyclone in the northeastern coasts of Somalia and parts of Aden gulf.

(24, November,2020),Five civilians were killed, including a woman and a girl and seven others injured by an explosive device planted by the Houthi group in the south of Hodeidah governorate.