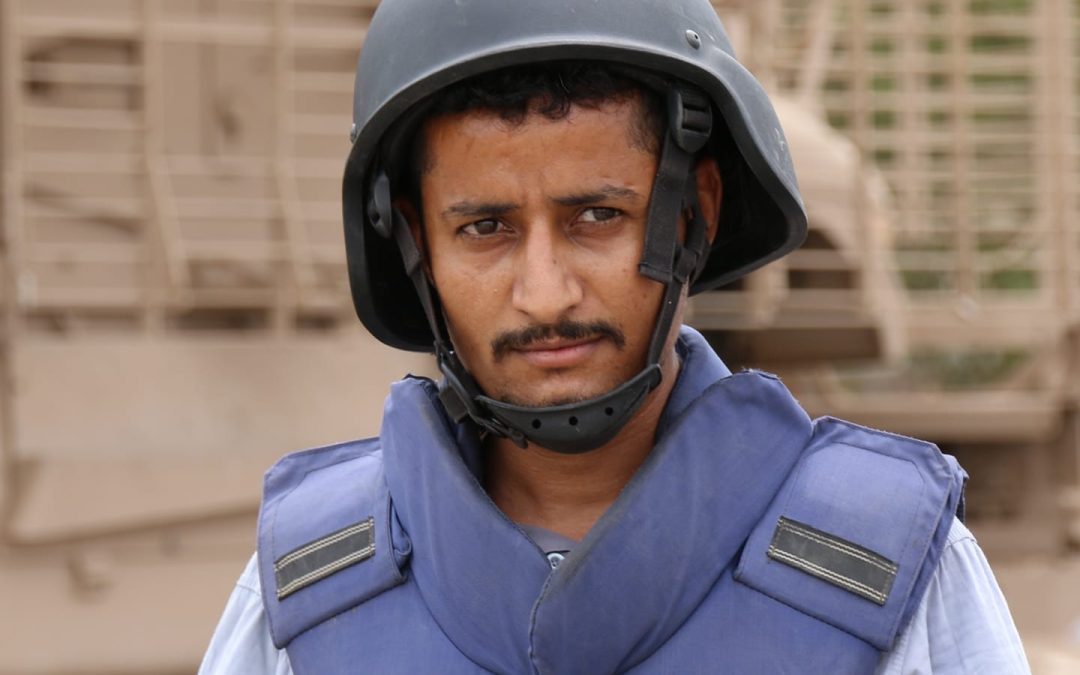 Belqees Satellite Channel mourns the death of our correspondent in Aden city, the journalist Adeeb al-Janani, who was fatally injured in the terrorist attack targeting Aden international airport.

The martyrdom of our colleague, the journalist Adeeb al-Janani, is a great loss to the Belqees Channel and to Yemeni journalism. He was an example of a professional journalist who was committed to truth and credibility.

The journalist al-Janani worked for three years as a correspondent in Aden governorate and he was a voice of truth.

The colleague al-Janani was exposed to various forms of harassment and he was chased by the forces loyal to the Southern Transitional Council supported by the UAE. However, he continued to work after the STC closed the Belqees TV office and prevented the staff from carrying out their work and covering the events in the city.

We are mourning our colleagues in the field, and at the same time we denounce the level of risk our journalist colleagues face, who become a target of all warring parties in the country.

We demand all international, regional, and local human rights and journalism organizations to stand beside Yemeni journalists and criminalize the targeting of journalists under any pretext.

We already lost three journalist colleagues. Our colleague Abdullah al-Qadri was martyred in Houthi militia shelling in Marib governorate on 13 April 2018. The channel photographer Mohammed al-Qadasi was martyred in a Houthi missile bombing before the killing of al-Qadri in an area of al-Ma’afer district in Taiz on 22 January of the same year. Moreover, our correspondent Abdullah Qabil in Dhamar, along with his colleague Youssef al-Ayzari, was martyred after the militia used them as human shields in the Saudi-led coalition airstrikes targeting the governorate.