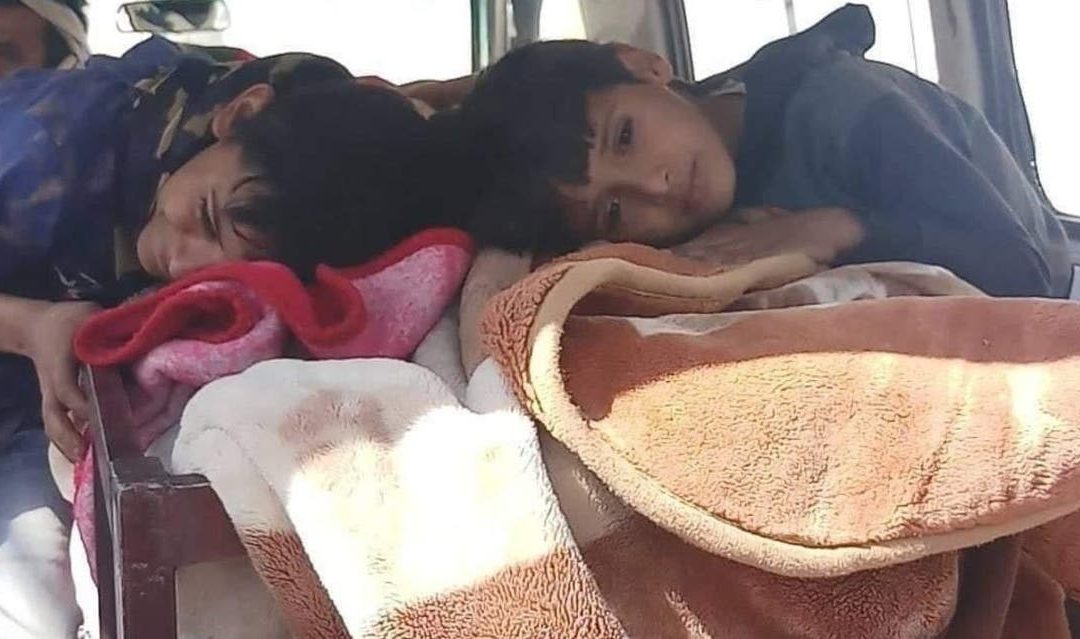 A civilian was subjected to brutal torture in one of the Houthi prisons in Ibb governorate, coinciding with the injury of another civilian in al-Mashna district.

The sources revealed brutal and horrific torture committed in prisons run by the Houthi group, including a prison loyal to the administration of al-Udayn district led by Shakir al-Shabibi, known as Abu Bashar.

In another incident, the civilian Khaled al-Abitari was injured by the Houthi group in al-Mashna district, after storming a house and terrorizing children and women.

Eyewitnesses said the Houthi group injured al-Abitari under the pretext of searching of wanted fugitives.

Moreover, there was widespread condemnation of the killing of Ahlam al-Ashari, a mother of four children, at the hands of Houthi armed men in Ibb governorate.

Activists on social media circulated pictures showing her mourning children who lay their heads on their mother’s body after her death.

The activists said the crime reveals the cruelty of the Houthis and their inhumane acts and crimes against civilians. The activists demanded the UN and international human rights organizations to condemn the crime and put pressure so that the perpetrators will be held accountable