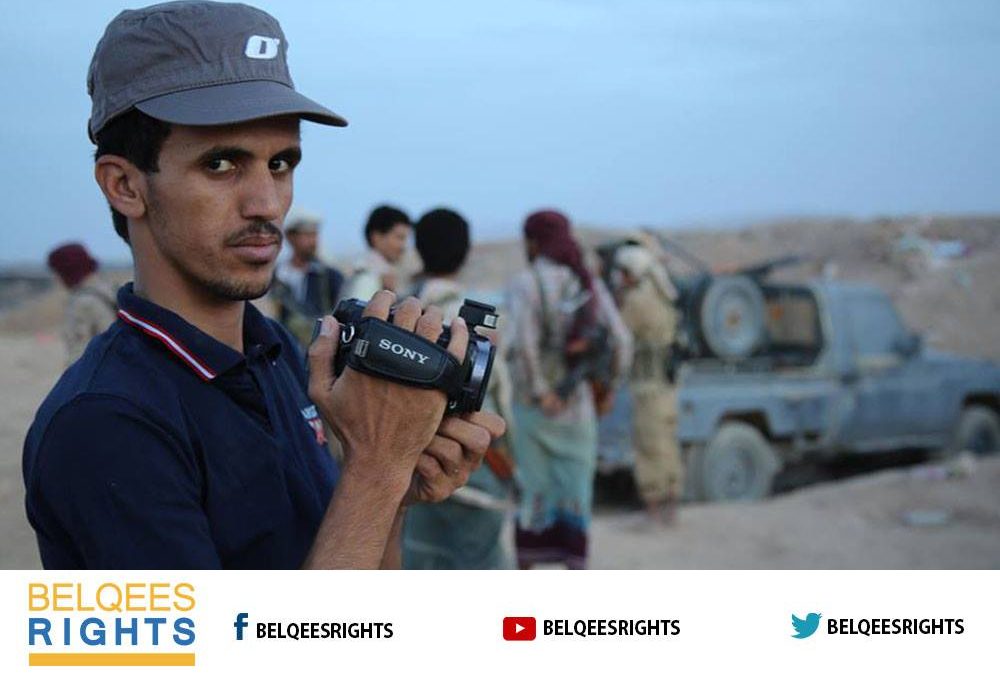 It is with deep sorrow that Belqees TV Channel mourns the martyrdom of its photographer Abdullah Al-Qadiri in Marib governorate who was killed today in a bombardment of the #Houthi militia targeted a press convoy.

The purpose of the convey was to cover the events in Qanyah area of Al-Baidha governorate coming days after the withdrawal of the Houthi militia from the area.
According to eyewitnesses, the car, which was carrying a number of channels’ correspondents and photographers, was burned after being hit by a missile by the Houthi militia. As a result, the colleague Al-Qadiri was critically injured and died because of the inability to evacuate him from the incident site, which was surrounded and targeted by the militia snipers.
Belqees TV Channel offers sincere condolences to the families of the deceased, his friends and all journalists and media professionals. We highly acknowledge Al-Qadiri’s devotion and dedication to his work and his commitment to report all events and violations of the Houthi militias in all regions and districts of Marib, Al Jawf, and Sana’a. He was working for the Channel for more than three years during which he had been an example of devotion, dedication and admired by all of his colleagues.
Belqees Channel emphasizes the importance of all Yemenis and all human rights organizations and local, regional and international journalists to hold together against the Houthi terrorist militias and expose their crimes against press and journalists.
In this context, the Channel intends to take all legal measures to ensure the rights of the victims, and to prosecute the perpetrators, so that they receive their fair punishment.
It is worth to mention the hundreds of crimes committed by the Houthi militia against the press and journalists since its coup in September 2014, including the targeting of a photographer of Belqees Channel in the countryside of Taiz governorate, Mohammed Al-Qadsi, let alone the assassination and abduction of dozens of journalists and their use as human shields as they did to the late two fellows Abdullah Qabil and Yousef Al-Ezzari, who were martyred in mid-2015.
The Channel calls on the Union of Journalists, the Union of Arab Journalists and the International Federation of Journalists to stand by Yemeni journalists who are subjected to the worst abuses and constantly targeted by the Houthi militia, which has been classified as the second worst group in the world after the terrorist organization of Daesh, in targeting press and journalists.
Belqees Channel confirms that the crimes against journalists and civilians in #Yemen will encourage it more to contribute to uncovering and monitoring these violations and amplifying the voices of the victims to the world.