The murder of Lamees rings alarm bells in the Yemeni community 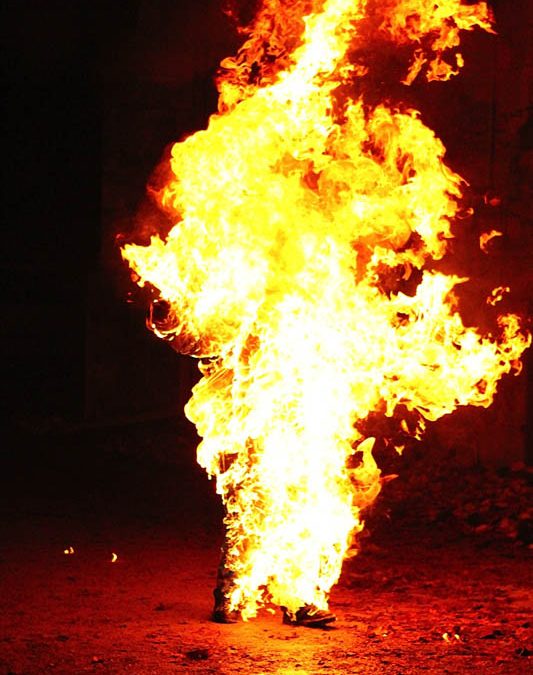 The murder of Lamees, a 19-year-old woman who was abducted in front of members of the public at 10 a.m. and later burned to death, indicates the high crime rate in Yemen and the absence of the state.

Dozens of women have been found killed and raped, however, their families are not brave enough to reveal their cases to the media. They are afraid of the shame, though their daughters are victims, said Dalya Mohammed, a human rights activist.

Lack of legal protection leaves women exposed to violence. UNFPA reported that violence against women has increased 63 percent since the conflict escalated. The Human Rights Information and Training Center in Yemen revealed the murder of 459 women and injuries to 1,281 women since 2014.

Lamees is one of the cases which represent violence against women. She fled from Taiz with her family and lived in Al-Sinainah area in Sana’a. She had been engaged to a man from Hajjah called Ramzy for year and a half. “When my daughter got engaged to Ramzy, we began to receive threats from a woman in our neighbourhood”, said Abdul Raqeeb Abdo, father of Lamees. “Whenever I wanted to inform the police about this woman, Ramzy kept lying to us saying that she had been warned and that she would stop threatening my daughter. In the end, someone called us saying he was Ramzy and that he wanted to break off the engagement. The threats increased, then I went to the head of the neighborhood to inform him about the threats. Before going to the police, my daughter was abducted, and burned”, stated Abdo.

Two men and a woman abducted Lamees on June 30, 2018, and took her to Haddah area. They poured gasoline over her, set her on fire and escaped. People from the area took her to the hospital, however, she died two days later from severe burns to her body.

“This crime is an expected consequence in a country where criminals are the ones in control. The crimes spread and the gangs abduct and rape people in the middle of the day. The complete absence of the state encourages criminals to commit their crimes and escape. The Houthi militia have contributed to spread crime because the criminals, including those prisoners who were sentenced to death, were released”, said Mohammed.

Lamya Al-Eryany, the head of the organization of Peace and Development in Yemen stated that the murder phenomenon isn’t strange for a community which suffers from conflicts, absence of law and state, high levels of poverty and low levels of awareness about women’s rights.

Violence against women affects the whole society. “If the woman is mentally and physically healthy, the family will be healthy. However, if the woman suffers from violence and the impact of violence, including the illegal detention of women, which is a new and strange phenomenon in Yemeni society, the situation in Yemen is really serious and dangerous,” Al-Eryany added.

“Raising awareness is a vital element to reduce violence against women in Yemen. The community needs to be aware of such crimes and should inform the specialized bodies”, said Mohammed.