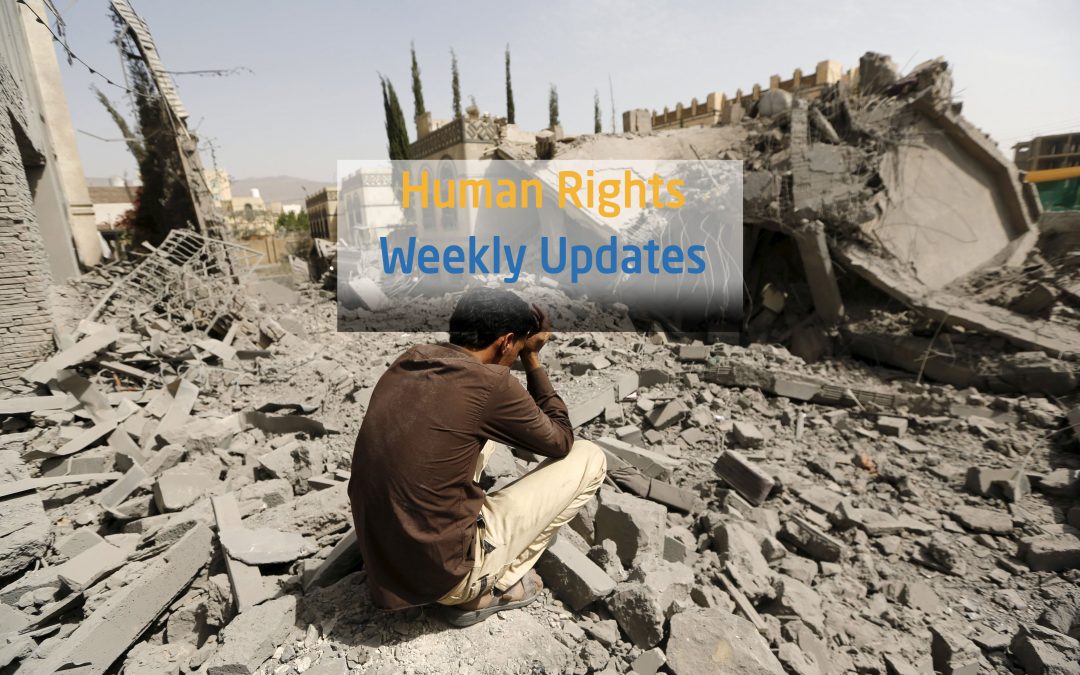 (17-9-2108), 7 civilians, including women and children, were killed and 4 others injured in a coalition air strike on a citizen’s house in Radman district in Albaydha.

(16-9-2018),
Local sources: Saudi coalition targeting of Hodeida radio station led to the death of three guards of the station and destroyed a large part of the building.

(16-9-2018),
A child was injured by the explosion of a landmine planted by Houthi militia in Al-Ma’asar village, in Al-Dalea governorate. The incident caused serious injuries including the amputation of her leg.

(15-9-2018), Saudi authorities announced the injury of a civilian by a missile fired by Houthi militia on Najran city.

(15-9-2018), Battles in Hodeida continue, food prices rise and there is an absence of oil derivatives. About 1,000 families flee from war to Aden, Lahj and other governorates.

(15-9-2018), Local sources: two fishermen were killed after a Saudi coalition airstrike hit their fishing boats off the coastline of Hodeida.

(15-9-2018), Dozens of citizens were killed and injured, including children, as a result of missiles fired by Houthi militia and landmines planted by them in four governorates (Hajja, Hodeida, Baydha, Al-Dahlea).

(14-9-2018),  Security sources: two civilians were injured during riots broke out in the central prison in Mukalla, in Hadhramaut governorate.

(14-9-2018),UNICEF: The conflict has made Yemen a living hell for its children. More than 11 million children, or about 80 percent of the country’s population under the age of 18, were facing the threat of food shortages, disease, displacement and acute lack of access to basic social services. Read more on: https://bit.ly/2xhWY0O

(13-9-2018), Two civilians were killed by an exploded landmine planted by Houthi militia on the route between Haifan and Tor Al-Baha, southeast Taiz governorate.

(12-9-2018), Local sources: two civilians were injured from shots fired by Houthi militia in the market in Thi Naem district, in Baydha governorate.

(11-9-2018), The child Abdulrahman Atran was shot to death by Abdullah Al-Dailami, a Houthi armed man because his football hit him. This murder revealed the absence of state and the spread of violence in Yemen.