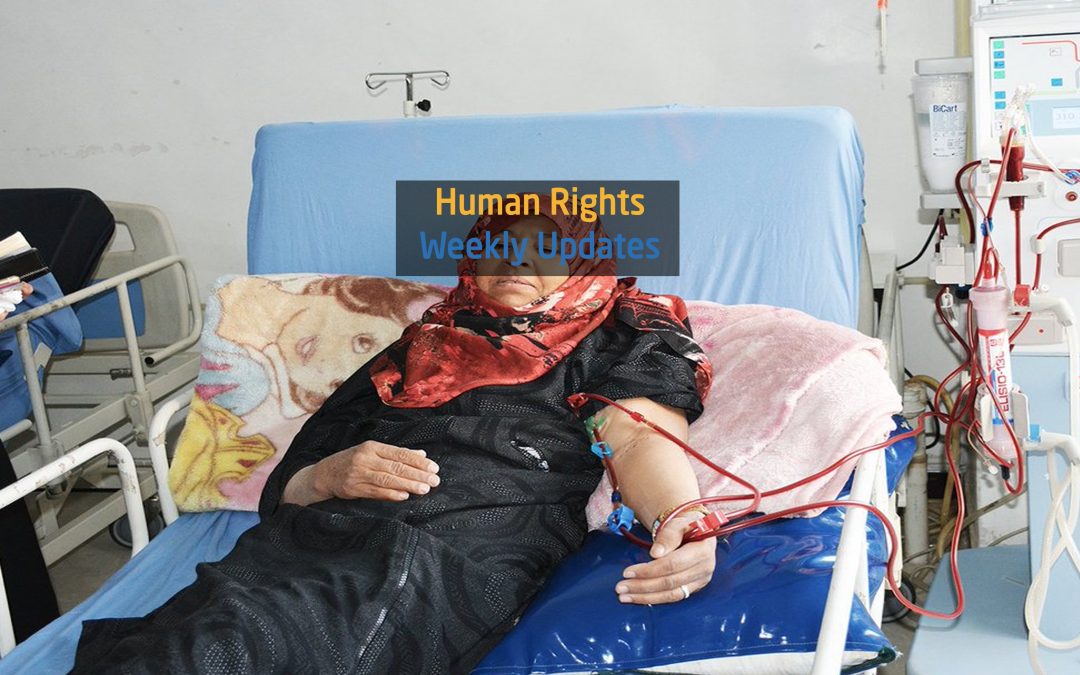 (19, 9,2018), Local sources: A civilian was killed in front of his house in Bait Al-Omairy area and another was seriously injured after they were shot by Houthi militia snipers positioned in Tabat Al-Qasha’a, in Taiz city.

(20,  9,2018), Protests and civil disobedience in Seiyun governorate called for an end to the disregard towards Yemenis and to the manipulation of the prices of oil derivatives that doubles the people’s suffering in Yemen.

(21,9,2018), A child was injured by the explosion of a landmine planted by Houthi militia in Al-Ma’asar village, in Al-Dalea governorate. The incident caused serious injuries including the amputation of her leg.

(22,9,2018), Two civilians were abducted and forcibly disappeared by Houthi militia a week ago because they traveled to get their salaries from Aden, the interim capital of the legitimate government.

(22,9, 2018), 1,600 civilians killed in different governorates, more than 20,000 cases of arbitrary detention and forced disappearance, more than 3,000 detainees in Houthi prisons, and 86 prisoners died as a result of torture.

(24, 9, 2018), Floods sweep away large tracts of farmland along the banks of Bana valley, in Abyan governorate.