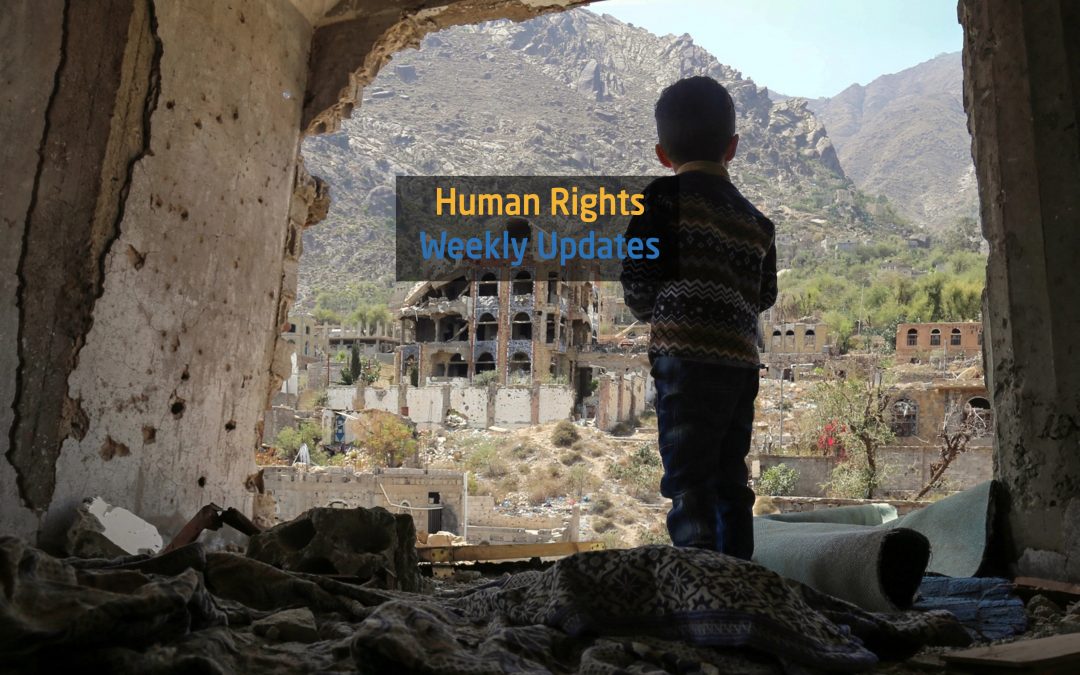 (26,9, 2108), Security sources: two civilians were killed and another injured by the explosion of a grenade in Al-Mansoura district, in the interim capital of Aden.

(26,9, 2108), The manager of Al-Bonyan school, Ramzi Al-Zagheer, was killed by armed men in the interim capital of Aden.

(26,9, 2108), Local sources: A civilian was killed in front of his house in Bait Al-Omairy area and another was seriously injured after they were shot by Houthi militia snipers positioned in Tabat Al-Qasha’a, in Taiz city.

(27,9,2018), 4 civilians were killed and 2 others injured after the explosion of a landmine planted by Houthi militia in Al-Jawf governorate.

(27,9,2018), Dozens of villagers flee their homes in Bait Ghorab and Alnobayja villages in Alsadda district after their houses were damaged by a landslide. Biologists asked the villagers to evacuate their homes quickly and warned the cracks will continue to widen, the worst level seen since 2002.

27,9,2018), Yemeni students stranded in Muscat  appeal the government’s intervention to complete their procedures to travel to China. According to a memorandum issued by Yemeni Students Union in China(BelqeesTV has a copy) students couldn’t obtain a visa, despite possessing necessary documents.

(28,9,2018), Dozens of private and public schools have closed as a result of the escalating conflict in Hodeida governorate.

(29, 9,2018), The International Rescue Committee reported that August was the most violent month of 2018 in Yemen with nearly 500 people killed in just 9 days. Read more on:https://bit.ly/2QTL3iC

(1,10,2018), Houthi court in Sana’a issued a death sentence to three civilians on the charge of collaborating with Saudi Arabia.

(1,10,2018), An old man is rescued from the rubble of his house after it was destroyed by Houthi militia missiles in Al-Tehtya district, Hodeidah governorate.