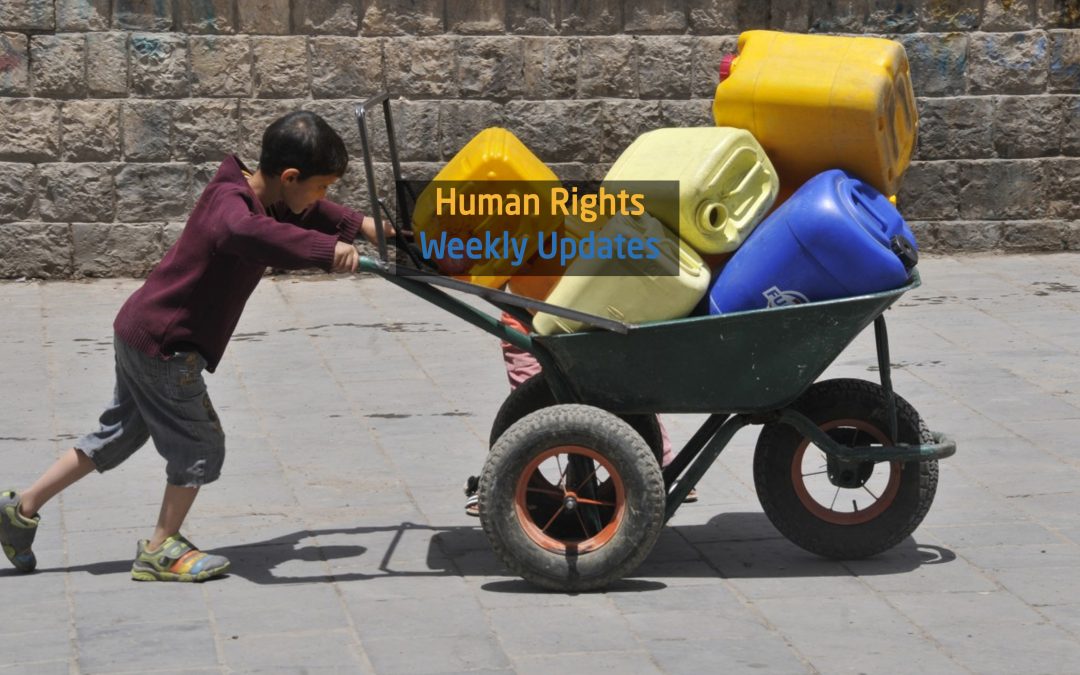 (9, October, 2018), UNICEF: Nearly every child in Yemen requires assistance amid a serious threat of famine and recurring disease outbreaks, including diphtheria, cholera and acute watery diarrhea. Read more on: https://bit.ly/2NVG82T

(9, October, 2018), 5 civilians from one family, including children, were killed by Houthi militia shelling in Al-Deraihemy district, south Hodeidah in Yemen.

(9, October, 2018), A teacher received 700 students in his house to teach them with a group of displaced teachers and university students in Alsalami area, in Taiz. For 3 years students in Taiz were deprived of continuing their education because of the Houthis conflict and destruction of  schools

(9, October, 2018), A civilian was killed in a prison linked to Alnokhbah forces, which is supported by UAE, after being abducted from his house in Shabwa governorate.

(11, October, 2018), 2 years have passed since the airstrike that killed scores of civilians in a packed funeral hall in Sana’a on October 8, 2016.The anniversary brings up many questions about the #Saudi-led coalition’s involvement in #Yemen& its violations of human rights. http://ow.ly/fnsl30mca2g

(11, October, 2018), Ahmed Al-Hubaishy refused to sleep on the sidewalks and built a dwelling made of a shabby plastic cover, a lamp and a blanket on a tree after his landlord kicked him out because he couldn’t pay the rent.

(12, October, 2018), Yemen Judges Club monitored 470 cases of violations against the court committed by Houthi militia since its coup against the state.

(12,  October, 2018), Health authorities claim the deterioration in health and the environment in Hadhramaut governorate is a result of the aggravation of garbage crises and the spread of wastewater in the streets.

(13, October, 2018), 12 civilians in Hodeidah are reported to be killed by the Saudi-led coalition air strikes.

(14, October, 2018), Yemenis commemorate the 14th of October, Liberation Day, as they have suffer the same serious challenges of the revolution that Yemenis faced 55 years ago such as separation, ignorance and foreign countries’ stake in the country.