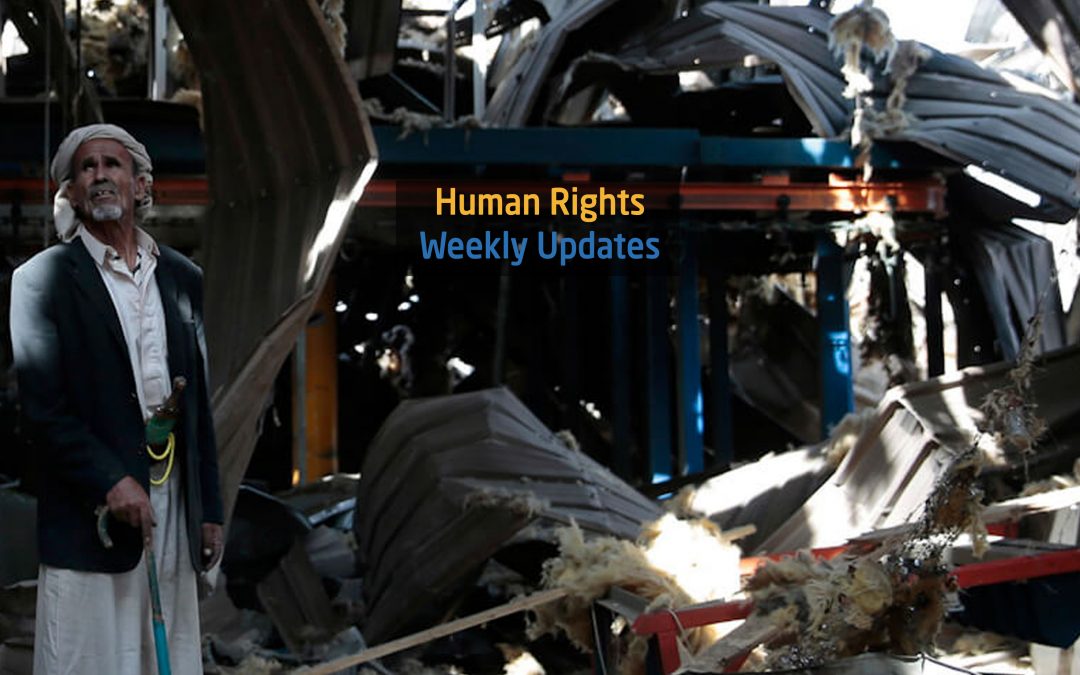 (13 November, 2018), Medical and military sources reported about 150 people have been killed, included civilians, in the past 24 hours in Hodeidah governorate.

(14 November, 2018),  A groom was killed at his wedding party and others injured in clashes between Houthi militia and people in Hamdan, north Sana’a.

(14 November, 2018),  The media activist, Esam Alqadasi, has been abducted by Houthi militia and taken to unknown location in Sana’a.

(15 November, 2018), 110 Abductees face death in Houthis custody due to deliberate neglect of their health conditions says Mothers of Abductees Association.

(12 November, 2018),  Yemen suffers from the world’s worst humanitarian disaster in decades. Its infrastructure of service sectors, especially health, education, water and electricity, has been severely damaged. More than 22 million Yemenis need some form of humanitarian assistance

(16 November, 2018),  Military and medical sources: about 150 people were killed, including civilians, during the past 24 hours in Hodeidah governorate.

(17 November, 2018),  Local sources: a citizen was killed and 3 others injured after Saudi and Yemeni forces dispersed a protest against the creation of new military bases in Almahrah governorate.

(18 November, 2018), Adnan Almaqtari, a political science professor in Sana’a University(controlled by Houthi), gave a lecture about forms of reaching authority. His mention of coup as a non-democratic form of power has upset some Houthi followers and management. Therefore, he was beaten as a result.

(19 November, 2018),  SAM Organization for Rights and Freedoms has documented dozens of cases of torture of detainees who were abducted from markets and public roads and taken to Atteen prison inside the first military region in Seiyun, in Hadhramaut governorate.