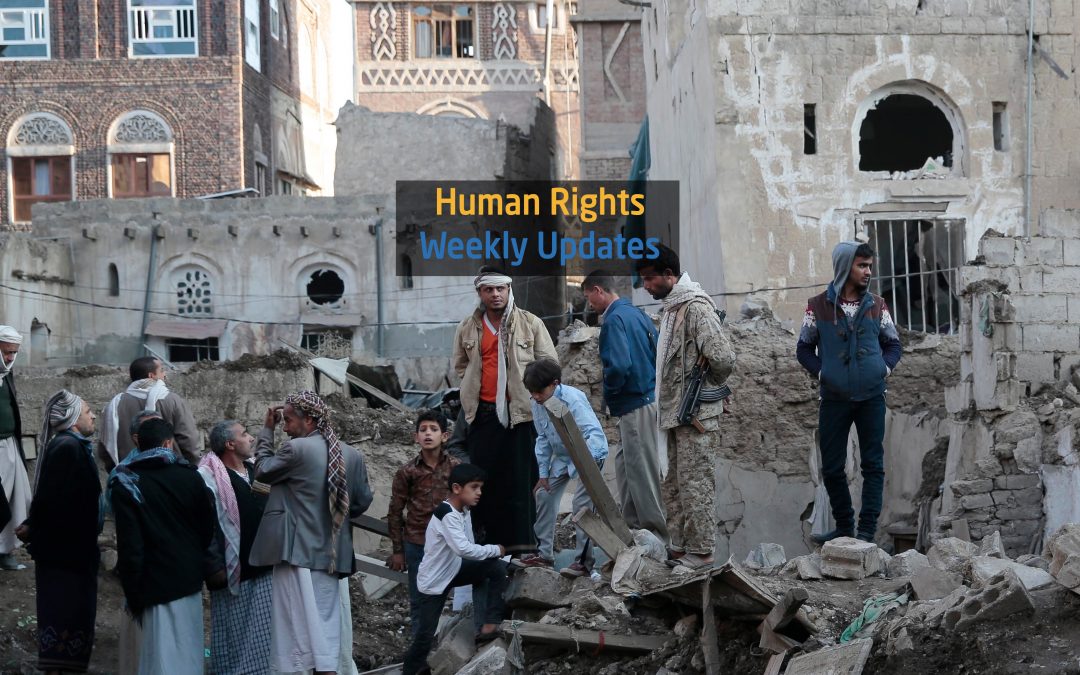 (27 November, 2018), Remember Fatima, the little girl caught up in armed clashes in Taiz. She is not okay and she needs urgent help, watch the story: https://bit.ly/2QGz1w1

(28 November, 2018), The upcoming peace talks should include this issue in its agenda. Also, collective measures from the Yemeni government and international community should be taken to identify where landmines are located and immediately starting the demining process

(28 November, 2018), A child was injured by a mortar shell fired by Houthi militia on Alghail village, west of Al-Jawf governorate.

(29 November, 2018), Batons, beatings, electrocution, and then detention are the punishment of those who dare to criticize the deterioration of the economic situation. Watch the video: https://bit.ly/2KRXjh9

(30 November, 2018), the death of a civilian and wounding six others in the bombing of the militia Houthi on residential neighborhoods in downtown Hodeidah.

(1 December, 2018), Saudi Civil Defense: A Yemeni woman and a citizen were injured when a residential house in Samata was hit by a shell fired by al-Houthi militia.

(1 December, 2018), A civilian was killed and five others injured by Houthi militia bombing at Hais city in the south of Hodeidah governorate.

(2 December, 2018), More civilian lives have been claimed, but this time not by the coalition airstrikes or Houthi artillery, but by U.S. drone aircrafts. Watch the story: https://bit.ly/2KSgB65

(3 December, 2018), The photojournalist, Raidan Alsofi, was killed by a landmine explosion planted by Houthi militia in Baqem district, Sa’ada governorate.

(3 December, 2018), the upcoming peace talks should include the release of illegally detainees and abductees, demining process (more than 5000 k of landmines and their locations are not known), transitional justice and accountability, end child recruitment and end of imposed blockade and siege.