Houthi-laid landmines is a new misery left behind 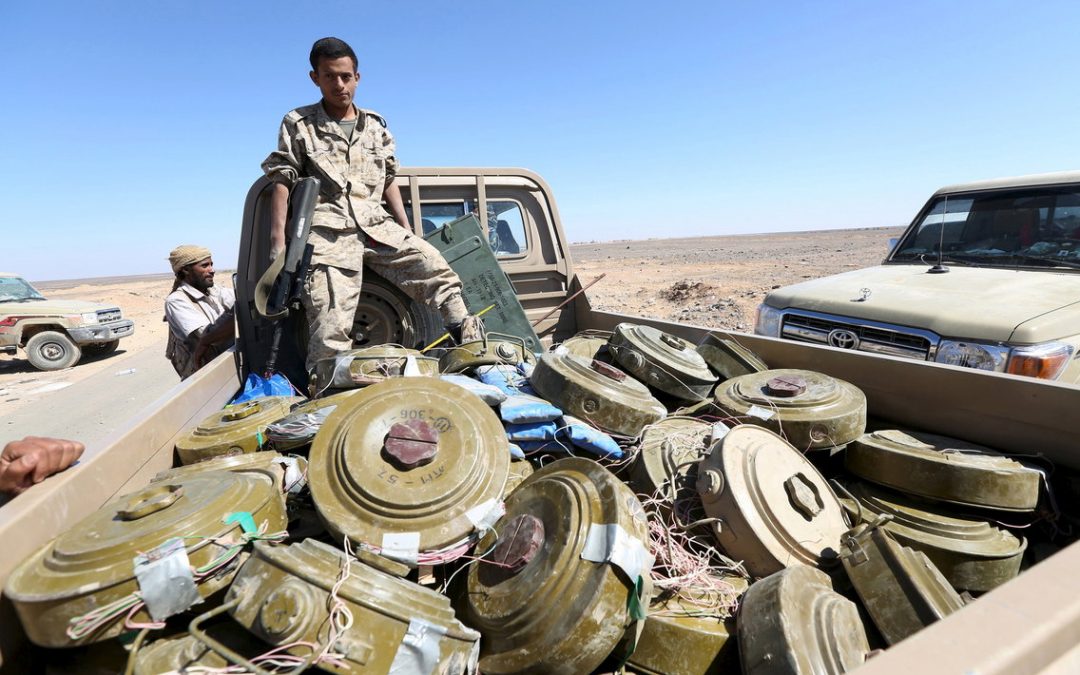 The menace of landmines adds more victims of war in Yemen.

The engineering team removed 100 landmines planted by Houthi militia in Alqabaita district in Lahj governorate. Moreover, a large number of landmines have been found in the rice in the Red Sea Mills, inside plastic food bags and in schools. Whenever the Houthis leave an area, they leave destruction behind. According to the Khaled Alyamani, Minister of Foreign Affairs, Houthi militia laid one million landmines in different areas in Yemen and 1,194 civilians have been killed and 2,287 others injured by mines