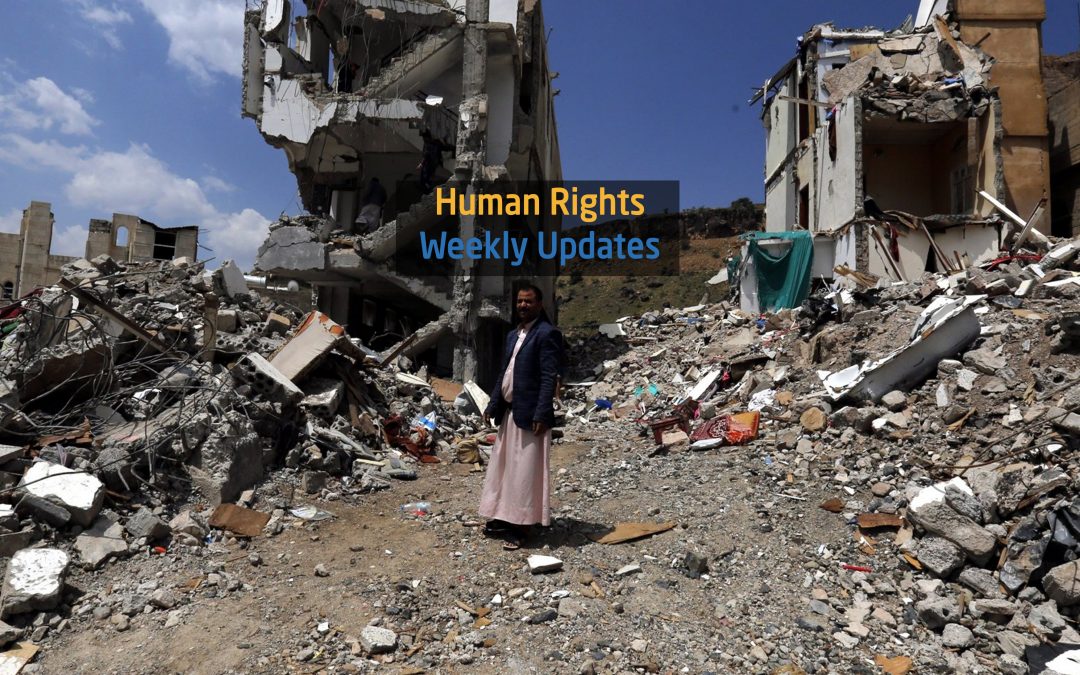 ( 18 December,2018), Military sources: more than 13,000 Houthi-laid landmines were removed in the areas of the west coast during the latest conflicts.

(19 December, 2018), Mohammed Qahtan was forcibly disappeared after his active engagement in peace talks fostered by UN in 2014. Unofficial reports of releasing him as part of the prisoners exchange signed in Stockholm consultations. He and other prisoners of consciousness should be released.

(20 December, 2018), The Supreme Council for Yemeni Communities Abroad condemned the murder of a Yemeni civilian by the guards of the UN refugees’ camp in Somalia.

(21 December, 2018), The Yemeni Teachers Syndicate is holding a protest to demand their financial dues in Aljawf governorate and to demand a salary increment equal to teachers in other liberated governorates of Yemen.

(23 December, 2108), The father of Emad Tariq hopes to release his son in the prisoners’ swap deal. Emad is a university student, has been abducted since June 2015, in his way from #Hodeidah to Aden.

(24 December,2018), Two civilians were killed in the south of Damt city by bullets of the Houthi group positioned in Alhaqb area in Dhale province.