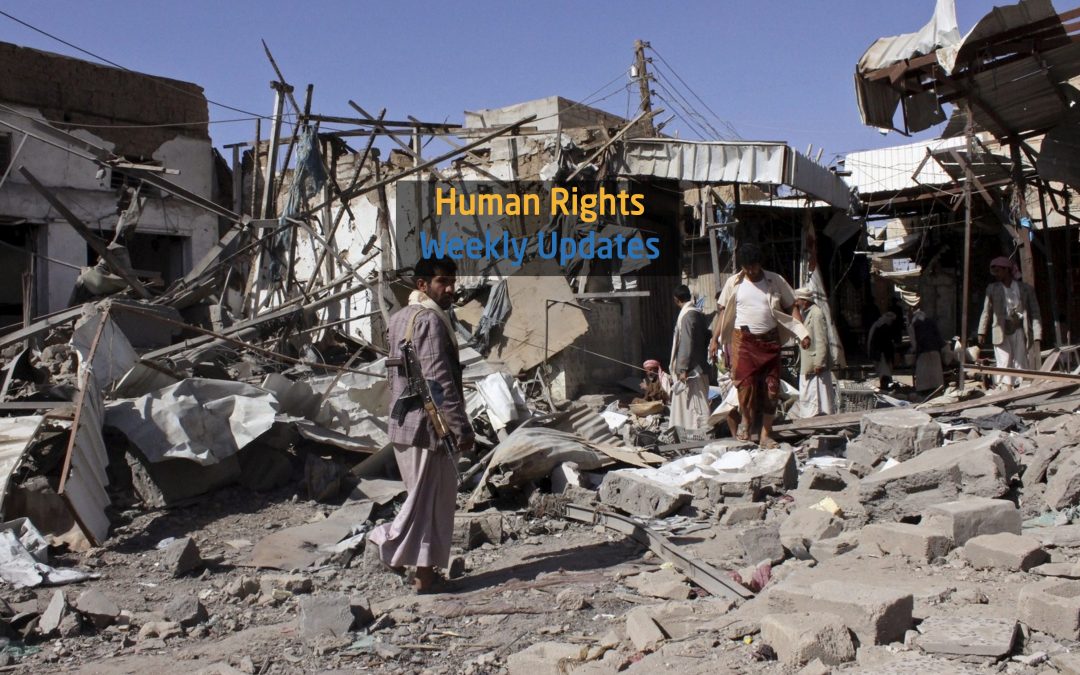 ( 26 December,2018), The police found an unknown body that got shot in the head in Ja’olah area in Dar Sa’ad district in Aden.

( 27 December,2018), On the remains of ruins and mass destruction, these young girls receive their education at the destroyed Al-Wafa School in Jebel Habashi Directorate, west of the city of Taiz.

( 29 December,2018), Adel Alhasani, the latest prisoner to be was released from Emirate prisons in Yemen, revealed the brutal torture they have been exposed to and the gross violations of abductees’ rights.

( 30 December,2018), Women Journalists Without Chains recorded 200 cases of violations against journalists, including 12 cases of murder.