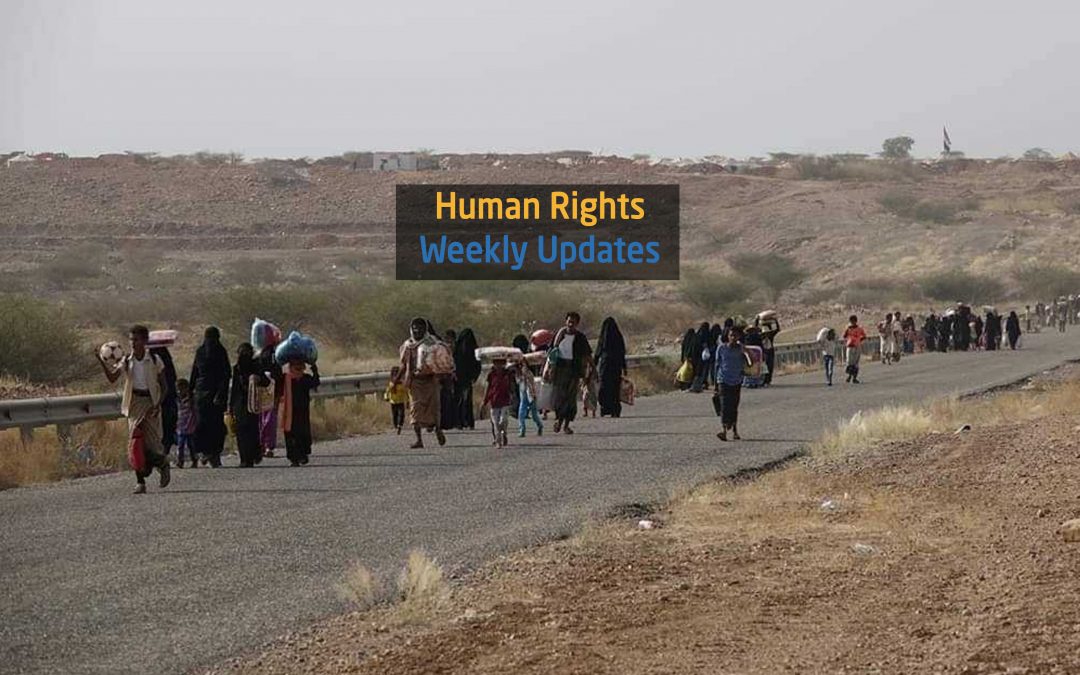 A woman was killed and two children seriously injured as a result of the explosion of a landmine planted by Houthi militia in Al-Mesna area in Hodeidah city.

(6 February,2019), Eye witness: dozens of civilians were killed and injured in the explosion of a rocket fired by Houthi militia in Hamzah camp in Ibb province.

(7 February,2019), Civilians were injured by an explosive device planted on a motorcycle near the Civil Registration building in downtown Taiz city.

(8 February,2019), Local sources said a child was killed and others injured during a failed attempt to fire a ballistic missile in Ibb province.

(8 February,2019), 4 civilians were injured, including 2 children, in Houthi militia shelling on IDP camps in Haradh district, in Hajjah governorate. Houthi group targeted the camp for the second time after targeting last month led to the death of 8 IDPs and the injury of more than 8.

(9 February,2019), Local sources said a civilian was killed by the explosion of a landmine planted by Houthi group in Al-Jarahi district in Hodeidah province.

(10February,2019), Houthi militia launched a brutal shelling on civilian houses in Tuhayta district, south of Hodeidah. According to the Giant Brigades’ media center, many civilian houses were seriously damaged, which led to the displacement of people.

(10 February,2019), The first commemoration of the anniversary of the death of the four humanitarian activists in Taiz city – the photojournalist Mohammed Al-Qadasi and the activists Reham Al-Badr, Osama Sallam and Muamen Said -who were killed by Houthi group in the line of duty.

(11 February,2019), Human rights sources: the civilian Ameen Hanina died as a result of being subjected to torture in a Houthi group prison, two days after being transferred to the 48 hospital in Sana’a.