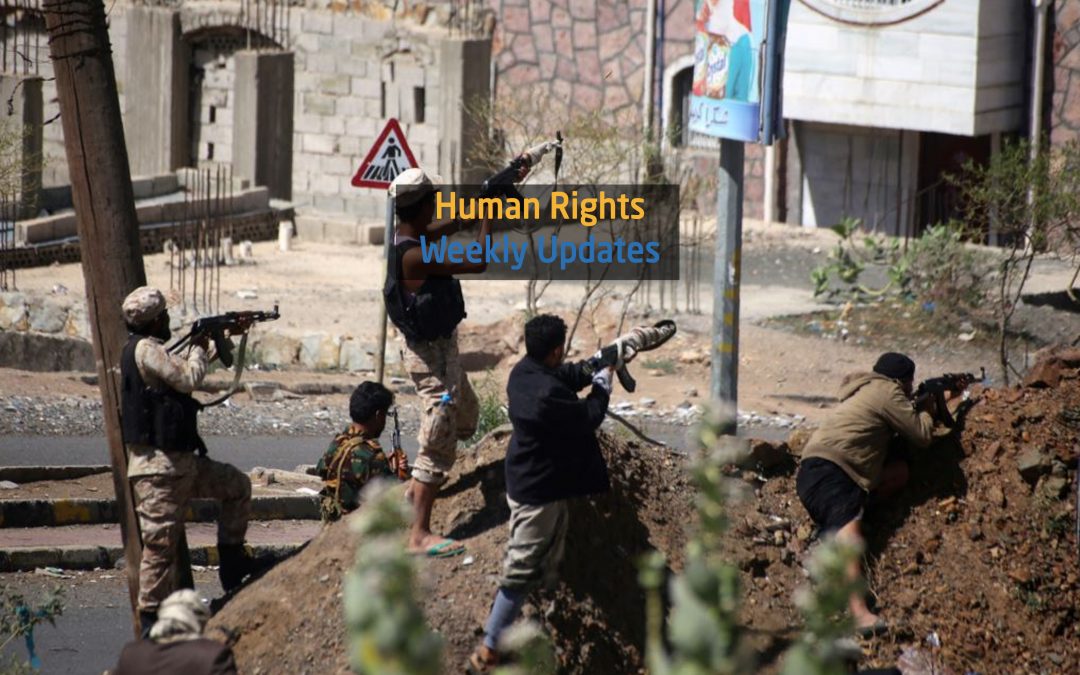 (9 April, 2019), A civilian and three soldiers were wounded by a bombardment of the Houthi group west of Taiz.

(10 April, 2019), The Syndicate of the Yemeni Journalists condemned the attack on the photographer Mussab al-Qudsi while covering Saturday’s march in Taiz.The syndicate said that al-Qudsi was attacked by gunmen in the Bab al-Kabir area, and the gunmen confiscated his camera.

(11 April, 2019), Governmental Report: More than 2,000 families were displaced from Oud and Maris villages in Dali city.

(12 April, 2019), Houthi group cuts off the internet service in Hodeidah completely since last Wednesday, according to local resources to BelqeesTV. This comes along with an ongoing military escalation in the city.

(13 April, 2019), Two people were wounded by gunmen who tried to disperse a demonstration of citizens condemned the depletion of groundwater in Jabal  Habashi in Taiz.

(14 April, 2019), Huthan Ahmed, a journalist was kidnapped by Houthi group 7 months ago in Sana’a. His family was allowed to visit him once and then they moved to the village because they couldn’t afford basic living expenses in Sana’a.

(14 April, 2019), A woman and a child were injured as a result of an armed confrontation in Taiz governorate.

(15 April, 2019), Many civilians were killed and injured in a bomb explosion which is thrown by the Houthi group at a market in the city of Berga in Aden.

(15 April, 2019), Many civilians were injured, including two children by the explosion of a landmine deployed by Houthi group in Al-Jawf governorate.