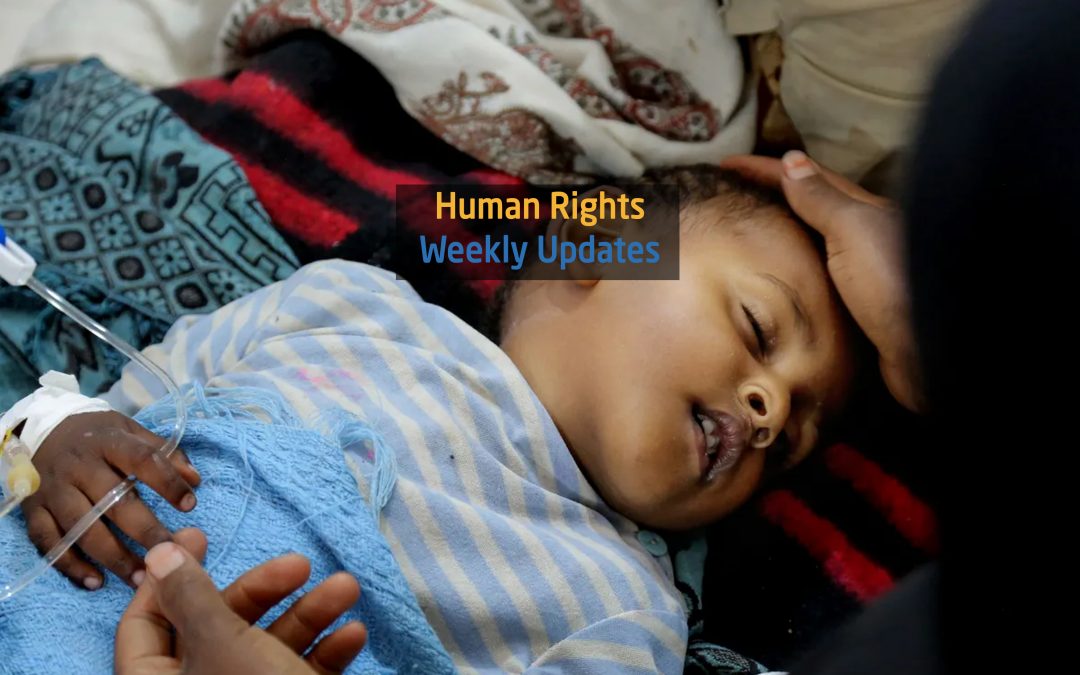 (23 April,2019), More than 60 staff from Taiz university educational staff to hold a protest demanding an improvement to their financial situation.

(23 April,2019), Two children were injured in the explosion of a landmine deployed by Houthi group in Al-Durahmi district, south of Hodeidah.

(23 April,2019), Thousands of landmines deployed by the Houthi group in villages, buildings, farms and markets in the liberated areas in Hajja province threaten civilians’ lives and prevent displaced people from returning.

(24 April,2019), More than 100 cases of cholera have been received in Behan hospital in Shabwa and the local authority demanded rapid intervention from the specialized bodies.

(25 April,2019), A child was stabbed to death by Houthi leader in Maqbana district, west of Taiz.

(25 April,2019), “Where is the money?” is a campaign launched on April 4 of this year to question the organizations about the misuse of humanitarian aid of more than 23 billion dollars.

(26 April,2019), Medical source: two students were killed and others injured by a shell fired by Houthi group at a school in Taiz city.

(27 April,2019), A 10-year-old child was killed as a result of the confrontations between the security committee and military members in Taiz city.

(27 April,2019), 220 students have been studying outdoors in Al-Shuriaha area in Lahj province because of the landmines and missiles which destroyed their schools and injured many teachers. Children who study under the heat of the sun lack basic services such as classes, books, chairs and teachers.

(28 April,2019), Many civilians were killed, including two women, in an explosion of a device in Oud area, north of Dalea. The device exploded on a whole family in a car.

(28 April,2019), Seven civilians were killed and others injured in a suicide bombing in a commercial market in Al-Bayda governorate.

(29 April,2019), Five civilians were killed from one family, including three women, by Houthi shelling in Al-Habaj area in Al-Zaher district, Al-Baydah province.