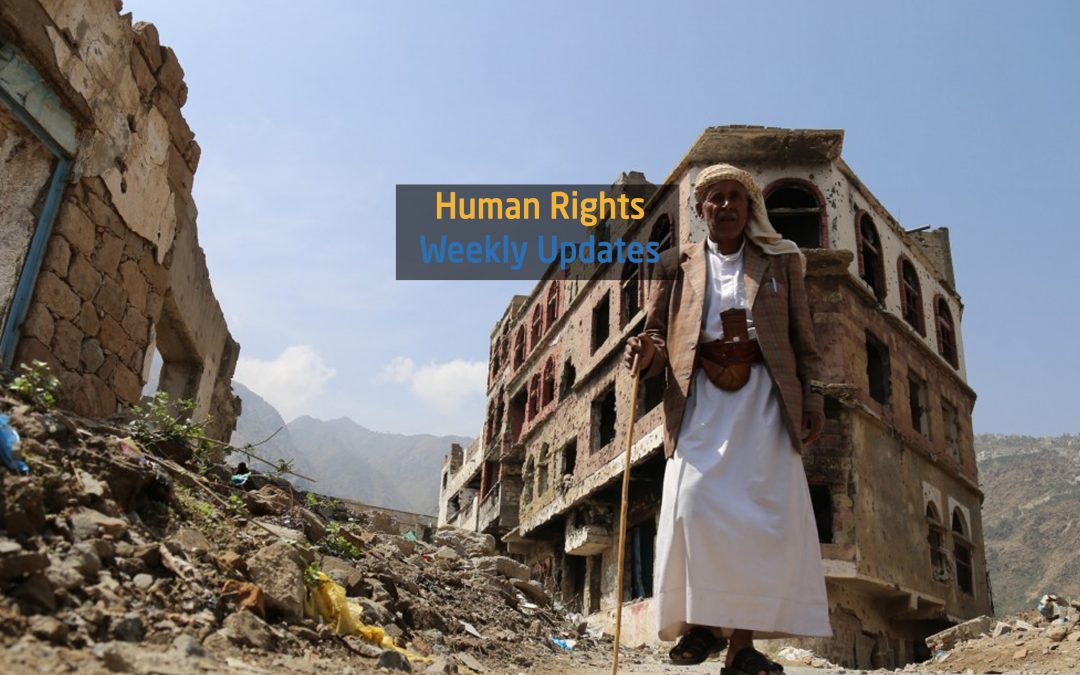 (30 April, 2019), A civilian was injured while he was taking sheep to graze and a landmine deployed by Houthi group exploded in Al-Baydha province.

(30 April, 2019), Students who study with a scholarship in Malaysia hold a protest to denounce the delay of their financial aid for 6 months.

(1 May, 2019), On International Workers’ Day, let’s reflect on the situation of Yemeni workers, who are deprived of their basic rights, even their jobs.

(2 May, 2019), Hundreds of displaced families in Jaffina camp, on the border of Marib city, appealed to the local authority to provide them with electricity after their camps became too hot as a result of the summer heat.

(3 May, 2019), Houthi group continues targeting the civilians’ houses and properties by Katyusha rockets in Maris villages in Dale governorate.

(3 May, 2019), The Association of Abductees Mothers revealed the death of Naswan Muqbel, one of the abductees who was arrested in 2017, subjected to torture in Houthi prisons before his release and died as a result of his wounds.

(4 May, 2019), A civilian was killed by an armed gang in Bir Basha neighborhood, west of Taiz.

(4 May, 2019), 150 African migrants are infected with cholera in Ibn Khaldoon hospital, which lacks the necessary facilities to care for this large number of patients in Lahj governorate and the international organizations don’t respond to save their lives.

(5 May, 2019), High prices of food, war, siege, and no salaries paid to employees doubles people’s suffering in rural Taiz, especially during Ramadan.

(6 May, 2019), The photojournalist Ghaleb Labash was killed by a Houthi group sniper in Habil Al-Falah in the west of Qa’ataba district in al-Dale province.