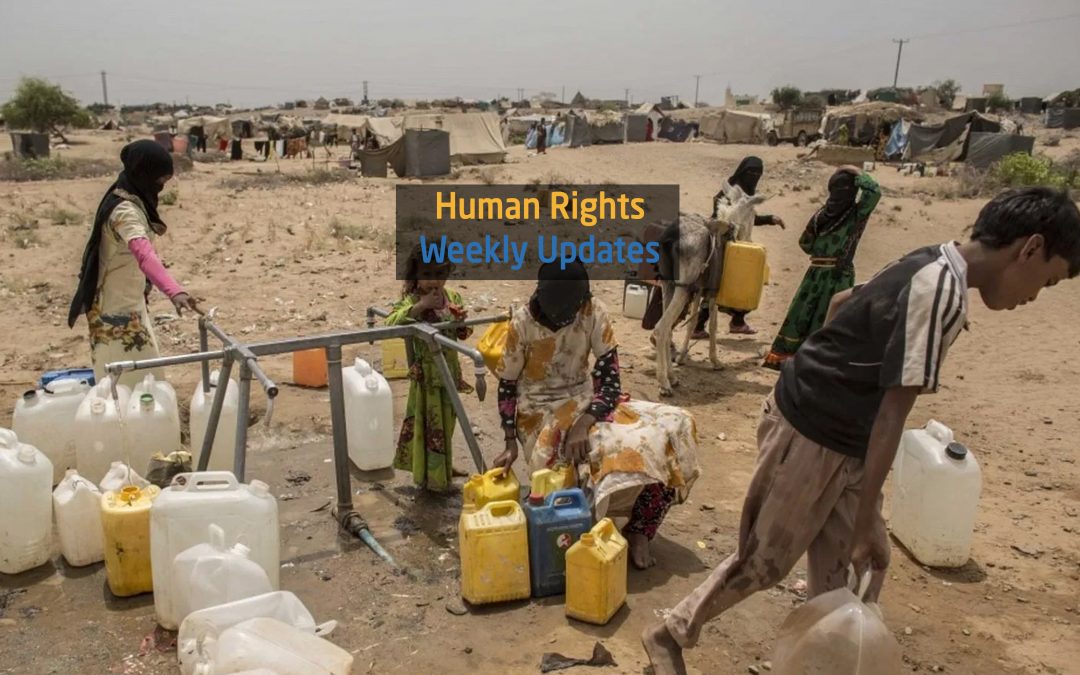 (14 May,2019), Two civilians were killed and others injured in the explosion of a device in downtown Taiz city.

(15 May,2019), Military sources: a civilian was killed and another injured by a Houthi sniper in Qutba city in Dale governorate.

(15 May,2019), Two civilians were killed and others injured as a result of targeting of a civilian’s car with a Houthi rocket on a highway located between al-Gail and al-Masloub districts in al-Jawf governorate.

(15 May,2019), All members of a family were killed by a rocket fired by Houthi group at their house in al-Dale governorate.

(17 May,2019), Human Rights Ministry reported that 27 civilians were killed and dozens injured and thousands flee their homes in Houthi group attacks at al-Dale districts.

(18 May,2019), A suffocating water crisis in Sha’ab Aidaros in the interim capital of the city, Aden and the local authority demands to find solutions.

(19 May,2019), Local source: a civilian was shot and injured by Houthi armed man while he was walking towards Hayes district, south of Hodeida.

(20 May,2019), Floods double the suffering of IDPs’ in al-Jafina camp in Marib governorate and destroyed their camps which lack the essential services such as a sewerage system and electricity.

(20 May,2019), The civilians complained of the neglect of authority and the absence of its role in overseeing the traders who have a monopoly on domestic gas