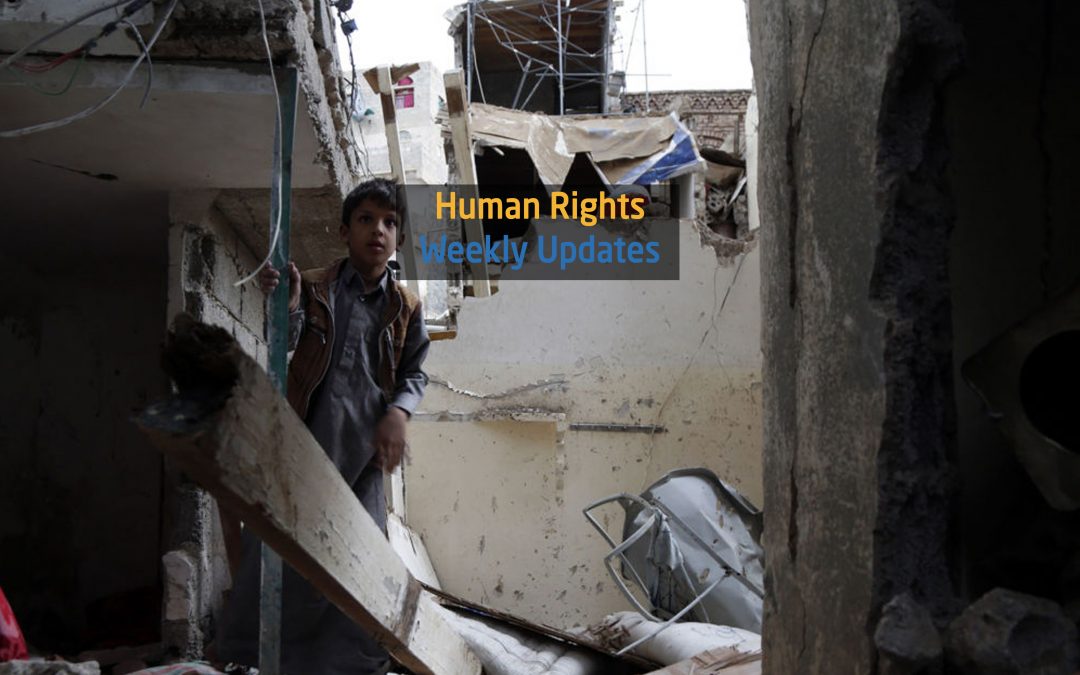 (21 May, 2019), 4 civilians were killed and 11 others injured when a Saudi coalition airstrike targeted a car after returning from one of the markets in Mastaba district, north of Hajjah governorate.

(22 May, 2019), Houthi group shelled at populated neighborhoods in many villages in al-Dale governorate.

(23 May, 2019), Rainwater besieges civilian houses in Brega district and people call the local authority to remove the swamp water which will lead to the spread of infectious diseases.

(24 May, 2019), Many mothers suffer because the war has deprived them of hugging their sons for years. Their sons are foreigners in their own country, unable to travel to see their mothers due to joining the conflicts or their salaries being cut.

(24 May, 2019), Many civilians were killed, including children by a Saudi coalition airstrike targeting an oil station close a checkpoint of Houthi group.

(25 May, 2019), A wide range of the devices deployed by Houthi group were removed by the army in the south of Hodeidah city.

(25 May, 2019), Three abductees died in Houthi prisons in Hodeidah and Hajjah governorates. Mothers of Abductees Association demanded the Security Council, the activists to take the perpetrators into account.

(26 May, 2019), The farmers appealed to the local authority the reduce the damages caused by flooding and provide them with the needed assistance in Khanfar district.