Recruitment is a grave violation of children’s rights 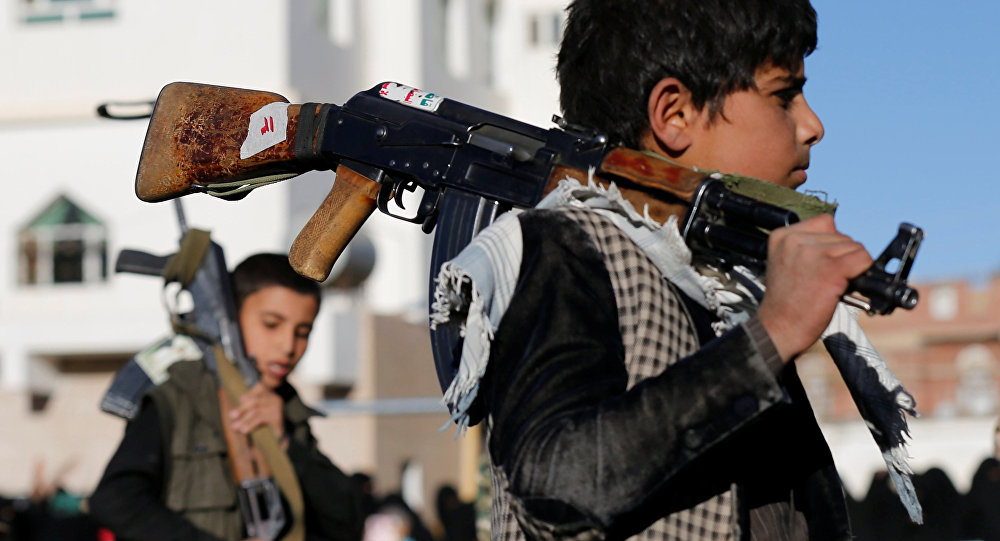 Naim was waiting for her son to come back after his disappearance three months earlier, however, he came back dead, wrapped in a white cloth.

Naim’s son isn’t the only teenager who was used by the Houthi group as a soldier to fight and that came back to his family dead.

Hundreds of stories of Yemeni teenagers who are used in active combat, exploiting their poverty or teaching them their sectarian thought or abducting them to join the conflict. Then many returned to their families in shrouds.

“Abdullah left without telling me or his father where he was going. After several days of his absence, one of his friends told me not to try and contact him. That his phone was switched off because he has a training course with their colleagues of fighters to be able to join them in the conflict,” said Naim.

More than 6,700 children have been confirmed killed or maimed since the start of the conflict and more than 2,700 boys have been recruited into armed forces and groups; however, the actual figures are likely to be higher, according to UNICEF.

Children in Yemen remain at risk of joining the conflicts with both warring parties. Instead of going to school, they are exposed to sectarian thought in Houthi centers. The closure of schools is threatening children’s access to education and contributes to the use of children and teenagers as fighters instead of being students and, according to UNICEF, at least 2 million children in Yemen are out of school.