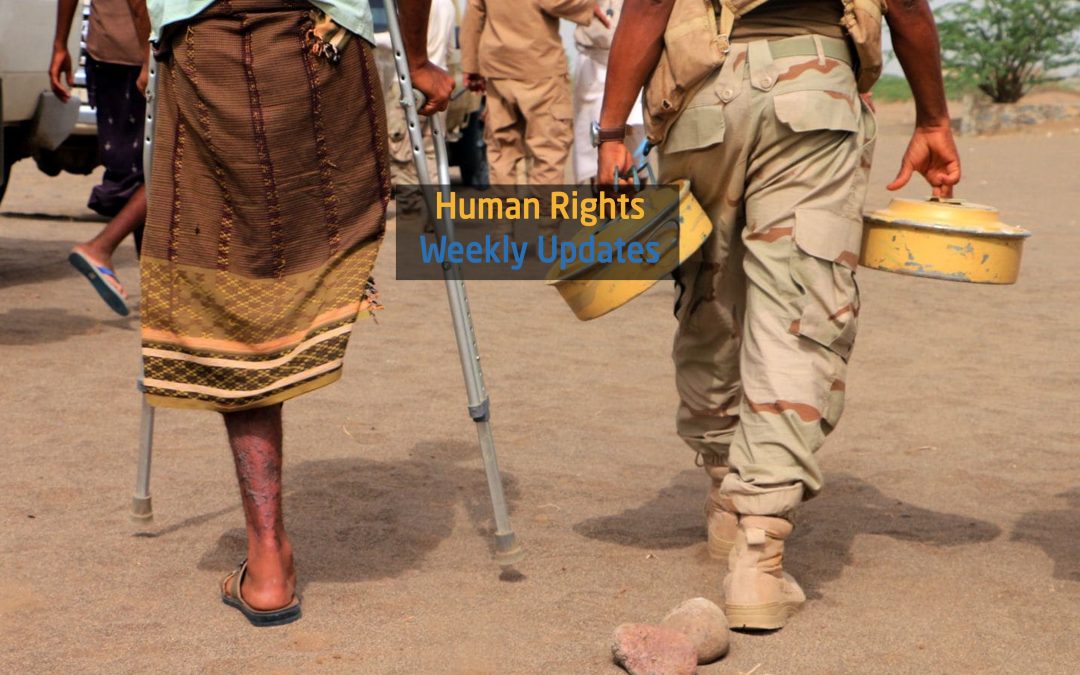 (9 July, 2019), The Criminal court, controlled by The Houthi group in Sana’a sentenced 30 detainees  to death, within its trail to 36 prisoners.

(10 July, 2019), The teaching staff at Taiz University demanded in a protest to halt the attacks and threats against their colleagues, which are considered a dangerous indicator that leads to an end to the educational process.

(14 July, 2019), The national army announced the removal of 433 landmines and explosive devices deployed by the Houthi group in Sa’ada governorate.

(14 July, 2019), Many teachers and educators held a protest in front of the UN office in Sana’a to call for their salaries to be paid as they have gone unpaid for three years.

(15 July, 2019), More than 22 civilians were killed and injured by the landmines deployed by the Houthi group in al-Masna village in Hodeida governorate.