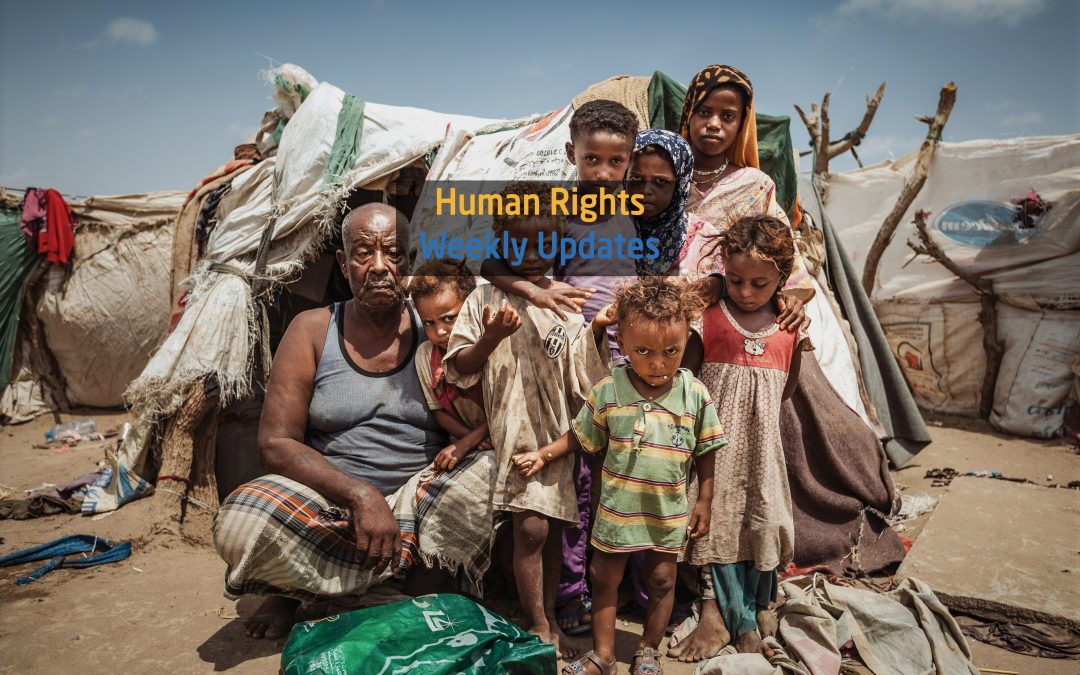 (23 July, 2019), Two children were injured when the house of a civilian was targeted by a mortar shell fired by the Houthi group at al-Ghail village, west of al-Jawf governorate.

(23 July, 2019), 300 teachers have been exposed to arrest, enforced disappearance and torture in Houthi group prisons since the coup. 7 educators died as a result of torture,20 thousand teachers fled their homes to liberated areas and about 4000 have been fired from their jobs.

(26 July, 2019), A civilian was killed and his son was seriously injured in the explosion of a landmine deployed by the Houthi group in al-Bayda governorate.

(26 July, 2019), Houthi group continues targeting civilian houses in the areas controlled by the national army in Hodeida and creates a climate of fear and panic among civilians.

(23 July, 2019), The Information and Training Center for Human Rights documented more than 700 violations against civilians in Taiz governorate during the first half of 2019.

(27 July, 2019), The female human rights activist, Ayda al-Absy, died as a result of a medical mistake during surgery in a hospital in Taiz city.

(27July, 2019), A civilian was killed and two others wounded by a missile fired by the Houthi group in downtown of Hodeidah.

(28 July, 2019), Five children were wounded, two of them seriously injured, as a result of a missile fired by the Houthi group in Salah district, east of Taiz city.

(29 July, 2019), The civilians in Abyan governorate accused the authorities of failing to provide necessary goods and services such as electricity and petrol.

(29 July, 2019), Poor people in Sana’a buy food waste from restaurants. “I didn’t expect, as a public employee who has a social position, to one day buy the remains of grilled chicken and broast from the restaurants because they are so cheap,” a provider of a family told Belqees channel.

(29 July, 2019), Four children and a woman were injured as a result of Houthi group shelling targeting al-Jariba village, south of Hodeida city