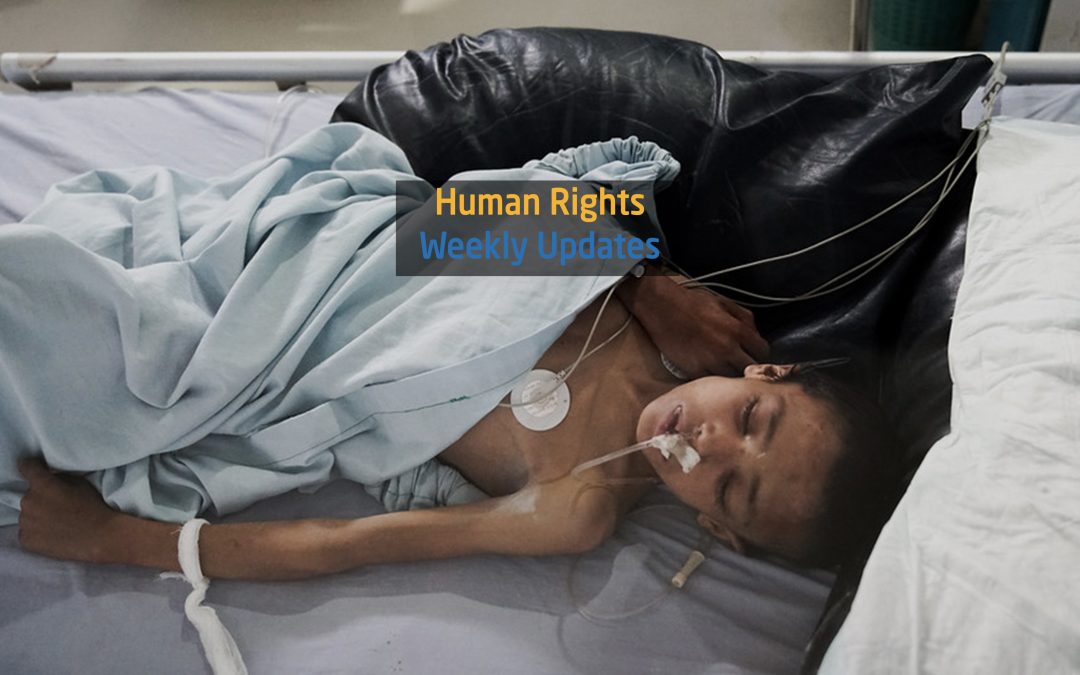 (30 July, 2019), An 11-year-old child was injured in his eye and other parts of his body in Houthi group shelling at the border of Hayes, south of Hodeida city.

(30 July, 2019), 13 civilians, including children, were killed and 23 others injured in airstrikes by Saudi-led coalition in Yemen northern Saada province.

(31 July, 2019), A child was killed and others injured by Houthi group shelling at al-Rawdha neighborhood in Taiz city.

(31 July, 2019), Al-Jumhori hospital announced the reception of 21 patients with cholera during one day in Taiz city. The center also received 19 patients with #cholera last Saturday

(2 August, 2019), 36 people were killed when a ballistic missile was fired by the Houthi group at al-Jalaa Camp in the interim capital of Aden.

(2 August, 2019), Ten people were killed in a car bomb attack targeting the Sheikh Othman police station in the interim capital of Aden.

(4 August, 2019), Farmers turn to wastewater for irrigation in al-Rahba area in the north of Sana’a. Al-Rahba area is one of the largest areas, producing 80% of vegetables, but they become contaminated.

(4 August, 2019), More than 127 households flee their homes after their houses are destroyed as a result of the cracks on the ground in the villages of Manzel Ghurab and al-Nuabeja in Ibb governorate.

(4 August, 2019), The Security belt forces have continued the campaign of repression and expulsion against the workers and vendors from the northern governorates in the interim capital Aden. The forces burned their vegetable stalls, closed restaurants and shops and arrested their owners.

(5 August, 2019), Local source: two civilians were wounded, including a woman, as a result of conflicts between security forces and wanted people in Sioun city in Hadhramaut province.

(5 August, 2019), The Houthi group bombed Ikhwan Thabit industrial and commercial complex in Hodeidah city for the second time, causing the warehouse of the paper factory to burn down completely