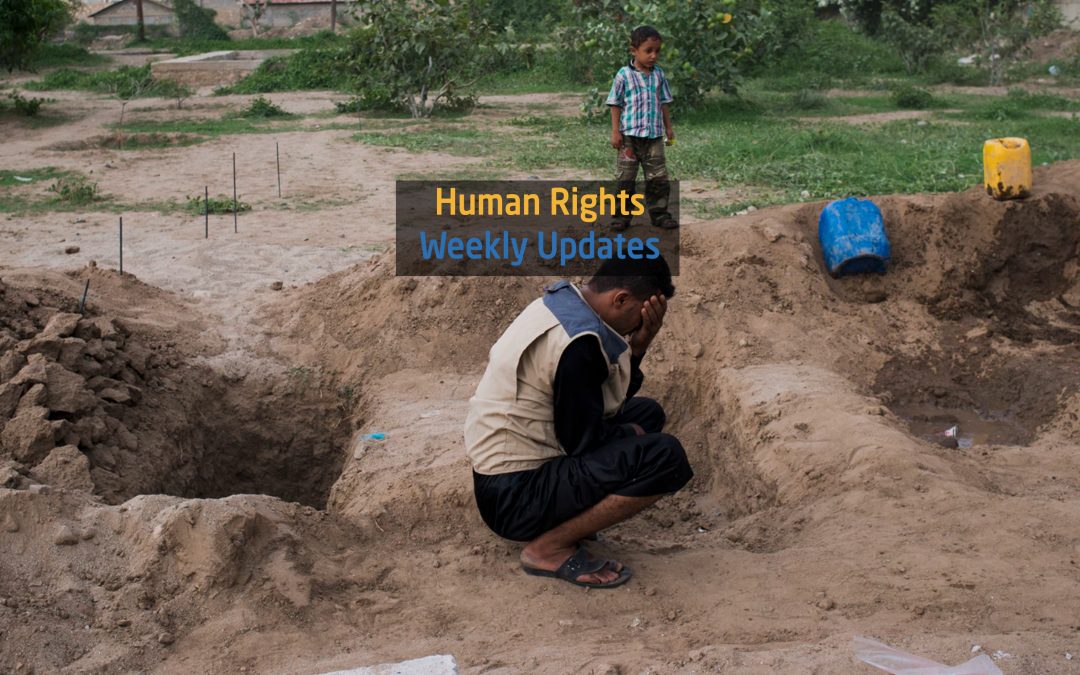 (14 August, 2019), Civilians in Abyan province are complaining about the high prices of Eid stuff and the absence of official supervision.

(15 August, 2019), A patient died while his family was carrying him on their shoulders along bumpy mountain roads from the villages under siege in Hebshi mountain to reach the hospitals in Taiz city.

(15 August, 2019), A child was injured as a result of Houthi group shelling at Tehtya district, south of Hodeida city.

(16 August, 2019), A young man was shot dead in Mansoura district in the interim capital of Aden. ISIS claimed its responsibility for the crime and released photos of the killing.

(17 August, 2019), Houthi group targeted the villages of Tehtya district in Hodeida city, damaging a number of civilian houses and triggering fear and panic among the people.

(19 August, 2019), A report issued by Central Statistics Organization said the Houthi group coup affected the Yemeni economic where its loss totaled more than 45 milliard dollar and the poverty rates increased to more than 90 % at the end of the last year, compared with 49% in 2014.

(19 August, 2019), Human rights source revealed the death of a detainee as a result of the torture in Houthi prisons in Sana’a on the charge of killing the Houthi political leader Saleh al-Samad.

(19 August, 2019), Displaced people were killed and injured in al-Maleka camp as a result of conflict between the army forces and armed men in al-Ma’afer district in rural Taiz