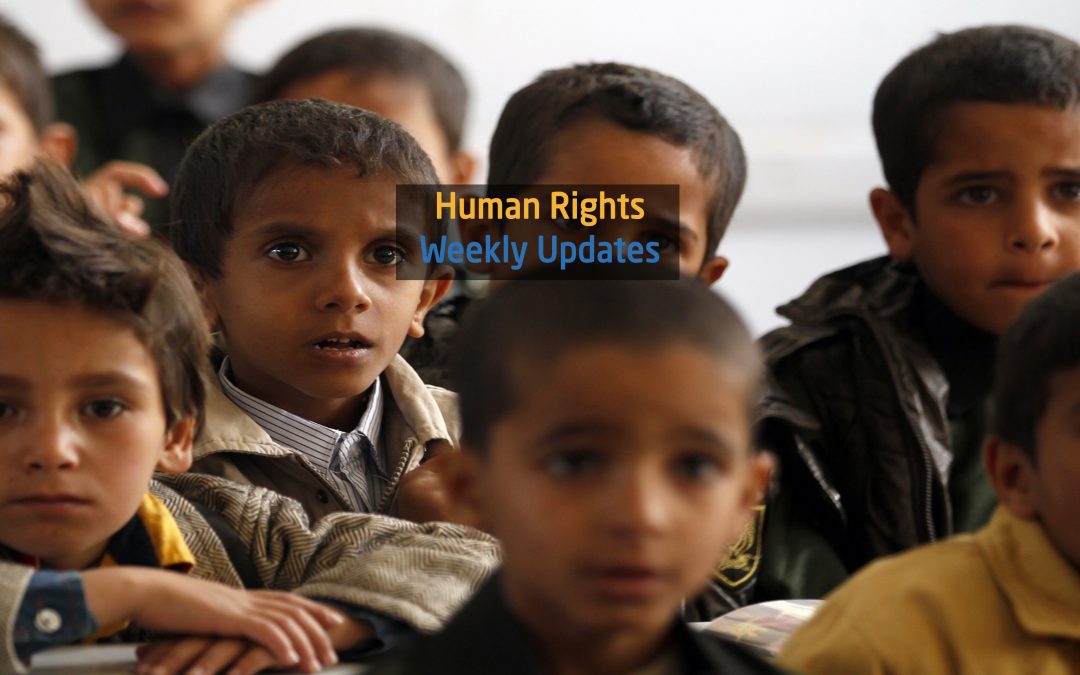 (21 August, 2019), The deputy director of Education in al-Jawf province said the province suffers from the lack of the school textbooks and sufficient classrooms and the absence of educational staff.

(22 August, 2019), Three civilians were injured by Houthi group sniping and shelling at a civilian neighborhood in Hayes district, south of Hodeida province.

(22 August, 2019), More than 1100 detainees behind the bars of Houthi prisons in Sana’a. Nader al-Salahi is one of them. He was detained illegally in 2016 and subjected to torture and ill-treatment. Although he was acquitted, his fate is still unknown.

(23 August, 2019), A displaced household in Lahj province is living in a public facility after their house was destroyed in the war. The household appeals to the local authority to provide them with shelter.

(25 August, 2019), The widespread accumulation of garbage and wastewater in the interim capital of Aden threatens an environmental catastrophe.

(26 August, 2019), The continuous war in some districts in al-Jawf threatens the education system. Hundreds of schools lack chairs, desks, textbooks, and educational staff. Hazm al-Hajaria school, which was established in 1980, is likely to collapse.