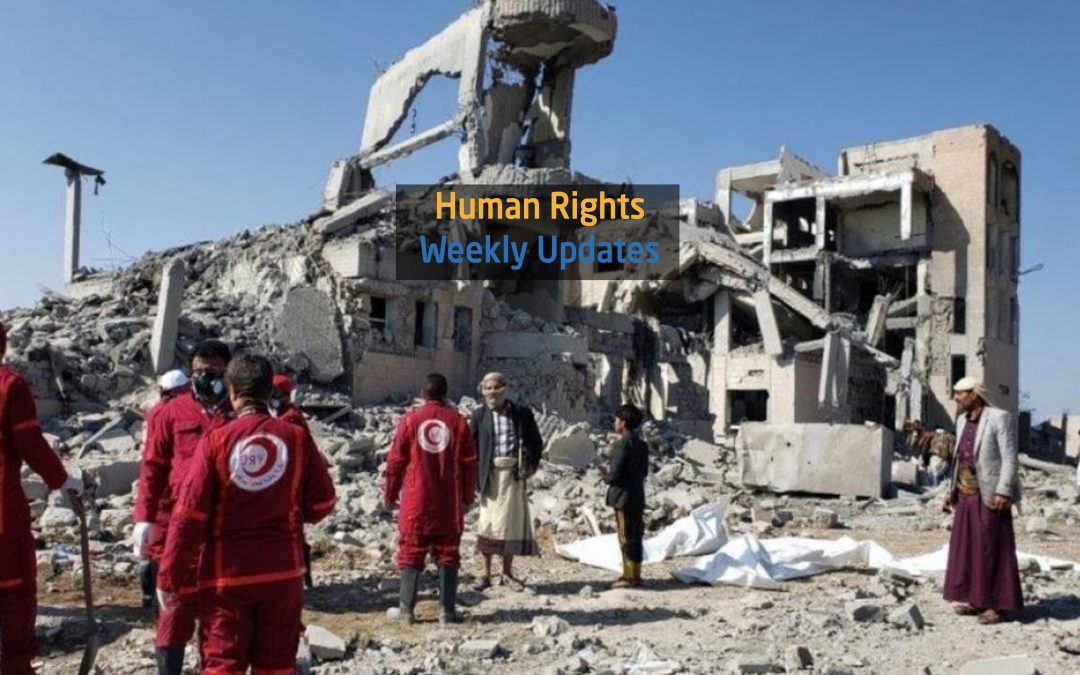 (29 August,2019), Southern Transitional Council launched mass abductions in the interim capital of Aden and the national army withdraw from Zanzibar.

and the national army withdraw from Zanzibar.

(29 August,2019), 300 people were killed and injured after UAE launched air raids at the Yemeni national army in the interim capital of Aden and Abyan province.

(31 August,2019), Passengers forced to travel by mountain road to cross from al-Dale governorate to Ibb governorate after Houthi group bombing the bridges and blocking the way.

(1 September,2019), The Security Belt Forces, supported by UAE, has carried out raids on the houses of security leaders in the interim capital of Aden and killed numbers of their family members.

(1 September,2019), More than 60 detainees were killed and 50 others wounded by Saudi-UAE coalition air raids targeting the community college which is used by the Houthi group as a detention center in Dhamar governorate