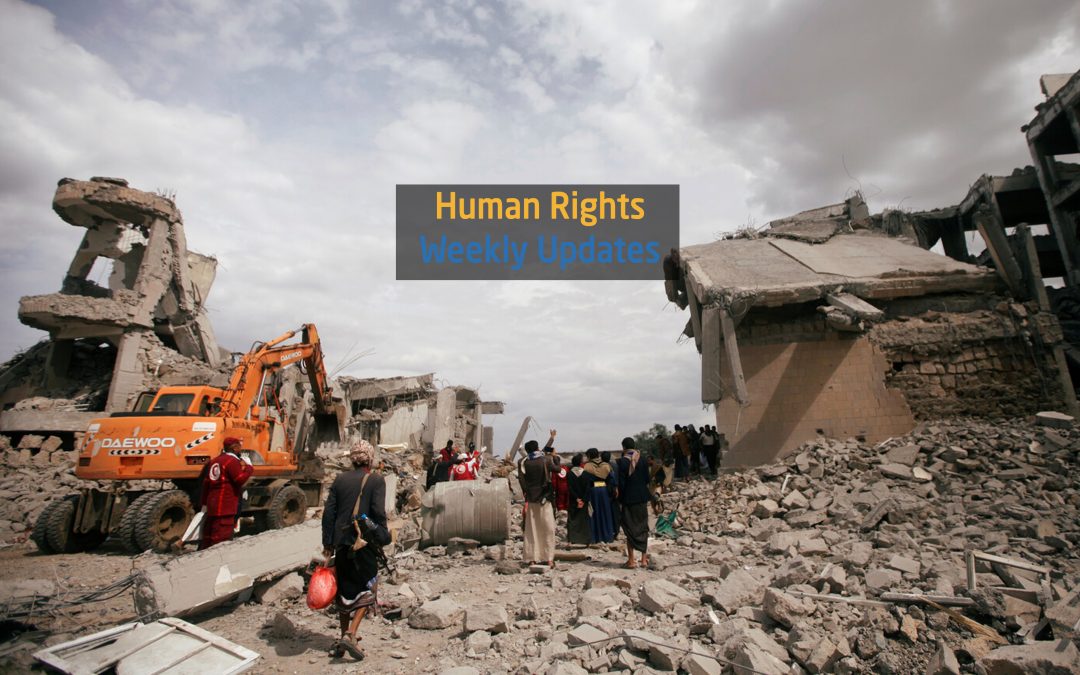 (3 September, 2019), A young man, Safwan Jala , was killed and another, Alaa Abdullah, was wounded during the Security Belt forces, supported by UAE, attacked a populated neighborhood to arrest a social media activist and an opponent to the Southern Transitional Council, Abu Saad al-Maisari.

(3 September, 2019), Marib hospital received 17 dead bodies and 95 injured people as a result of UAE airstrikes targeting the army forces in the interim capital of Aden.

(4 September, 2019), Flooding rains drifted away many houses of displaced people which are made of straws and their livestock and spoiled their food in Harad and Hayran districts in Hajja governorate.

(6 September, 2019), Marib hospital received 17 dead bodies and 95 injured people as a result of UAE airstrikes targeting the army forces in the interim capital of Aden.

(7 September, 2019), A woman was killed as a result of Houthi group shelling at a village in Nate district in al-Baydha governorate and many houses were seriously damaged.

(8 September, 2019), Bassam al-Zaydi was abducted from the University neighborhood and detained for a year and a half by the Houthi group in Taiz governorate with no charge, just because he is from Taiz, and was subjected to different types of brutal torture.

(9 September, 2019), Association of Abductees’ Mothers condemned the coalition airstrikes that targeted the prisoners who are used as human shields in the Community College in Dhamar governorate, a building used as a prison by the Houthi group. The Association calls on the UN to investigate this attack