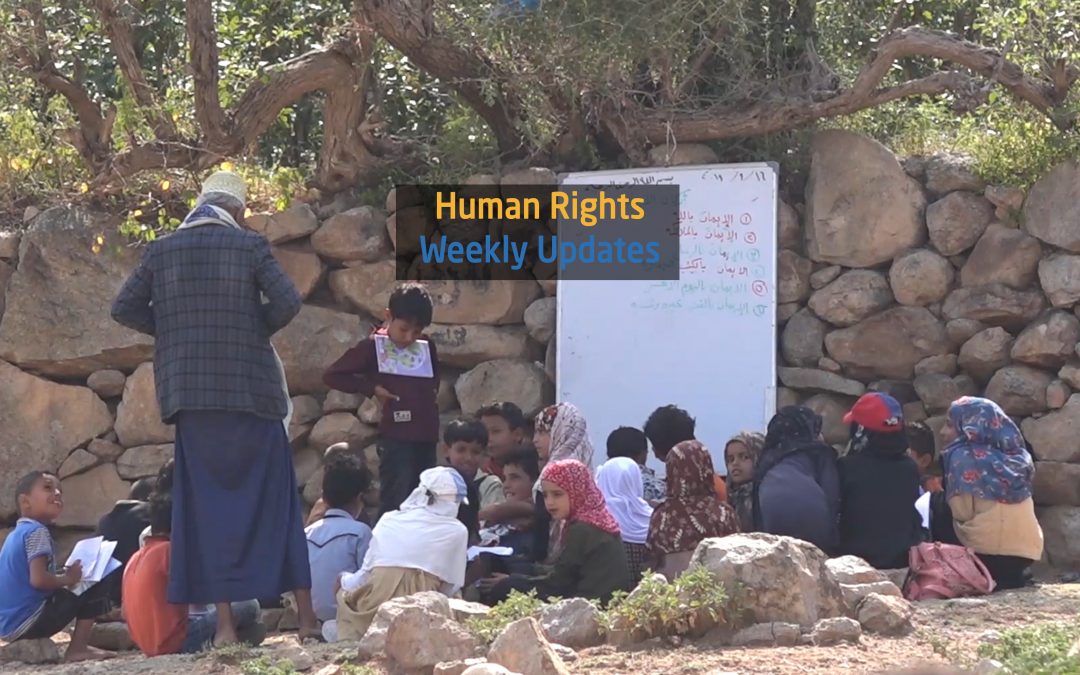 (24, September, 2019), The National Committee to Investigate Alleged Violations to Human Rights documented more than 2,600 cases of alleged violations and 8,078 victims, including 295 killings and 564 injuries from February to July of this year.

(27, September, 2019), Internally displaced people in Hodeida governorate suffer the closure of 15 schools located in the line of the military conflicts.

(28, September, 2019), The Houthi group released the journalist Ahmed Hawthan on Friday evening in a prisoner swap between the Yemeni government and the Houthi group, after he was kidnapped and held in Political Security prison for more than a year.

(28, September, 2019), “We are living a war which has now entered its fifth year and we experience the oppression of the Houthi group. As the school year approaches, we face difficulty providing school supplies for our sons. “I have five children and I can’t even buy a bag for one of them,” said Abdulsalam Radman, a civilian who lost his private job four years ago and now works as a car cleaner.

(30, September, 2019), Most of the health centers in Abyan governorate are threatened with closure as a result of the reluctance of medical staff to work due to the low governmental wages and deteriorating economic situation.