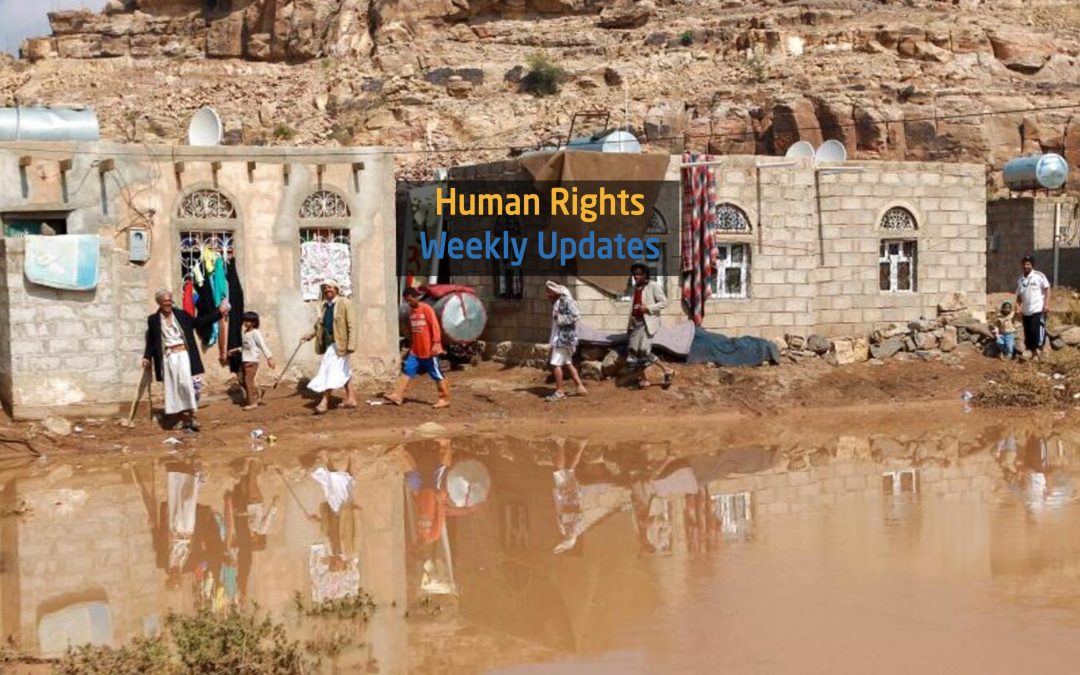 (1, October, 2019), More than 30 camps and houses were swept away and destroyed by flooding in al-Jafina area in Marib governorate, displacing dozens of families.

(2, October, 2019), 300 students have been studying under the heat of the sun in rural Taiz with silence from the responsible authority. Their school lacks a ceiling, classrooms, toilets and a decent educational environment to study.

(3, October, 2019), The National Commission to Investigate Alleged Violations to Human Rights documented the explosion of 10 houses and a number of religious and historical sites in Taiz governorate.

(4, October, 2019), The internally displaced children have been ignored for another year. Mohammed is a displaced child from Hodeida government, who left school as a result of the war that has been going on since 2015 and he couldn’t continue his education in the school because of its limited capacity.

(4, October, 2019), Fuel crisis in Sana’a as a result of ships carrying petrol being blocked from entering Hodeida port.

(6, October, 2019),  Afrah Saleh, a 13 year old girl, was seriously injured after her family’s house was targeted by Houthi group shelling in Qanya in al-Baydha governorate.

(7, October, 2019), A civilian was killed and others injured as a result of the Houthi group shelling at Bir Basha area, west Taiz city.

(7, October, 2019), A medical source in Aden announced that about 30 cases of cholera have been received by Salah al-Din hospital during the past week in al-Brega.