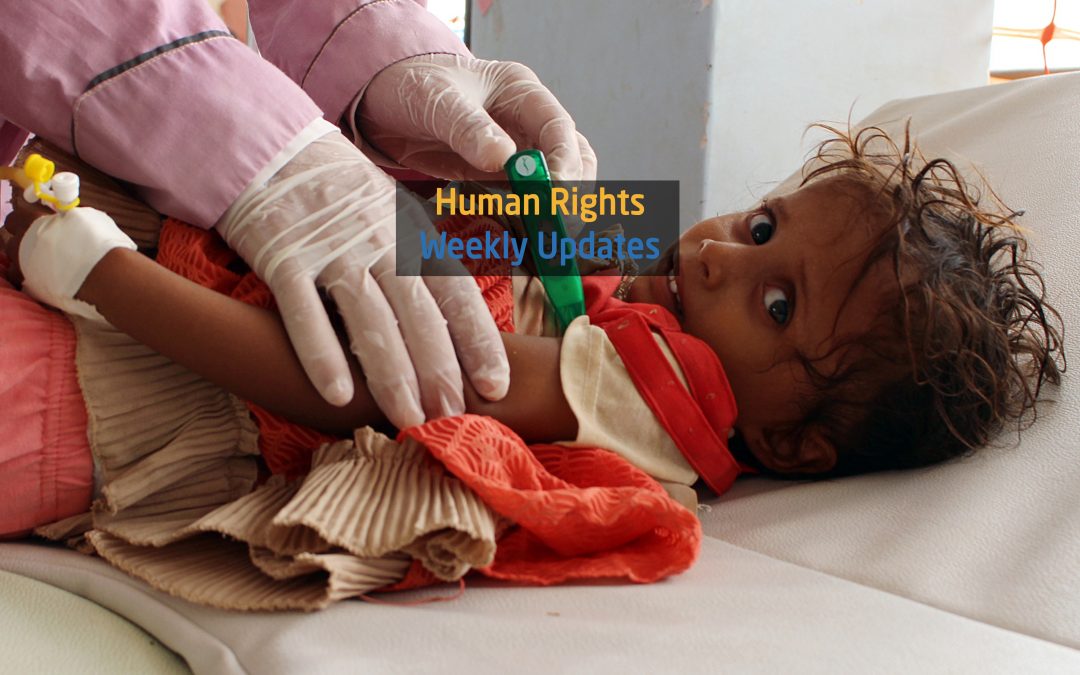 emeni students who have scholarships in India held a protest to demand their outstanding payments.

(9, October, 2019), Five recent cholera  deaths in al-Mawasit district in rural Taiz. The manager of the health center in the district appealed for rapid intervention in the face of cholera outbreaks.

(10, October, 2019), Civilian houses made of straw are swept away by rain in the villages of Zabid district in Hodeida governorate.

(11, October, 2019), Eyewitnesses said that the owner of al-Hamara restaurant, Adel Da’ da was shot dead by anonymous armed men in front of people in the interim capital of Aden.

(12, October, 2019), Al-Razi hospital administration in Abyan governorate warns of stopping operations completely as a result of lack of medical staff and supplies. More than 30 doctors stopped working in the hospital because their salaries were not paid.

(12, October, 2019), Yemeni migrants, who attempt to reach Europe from Libya, have been detained in large hangars by criminal gangs and face inhumane and degrading conditions and risk of torture and sexual violence in exchange for money.

(14, October, 2019), The Minister of Human Rights , Mohammed Askar, said, “320 women are detained in Houthi group prisons and the Yemeni government is making great efforts to set them free.”

(14, October, 2019), Belqees TV channel correspondent in Hajjah, was injured in a Houthi group attack targeting Midi port using a booby-trapped boat. A Belqees channel reporter said that Yusuf was hit with shrapnel in the face and other people were slightly injured after the boat exploded in Midi.

(14, October, 2019), A Human Rights report revealed more than 27 thousand cases of violations committed by the Houthi group in the educational sector in Sana’a from October 2018 to October 2019.