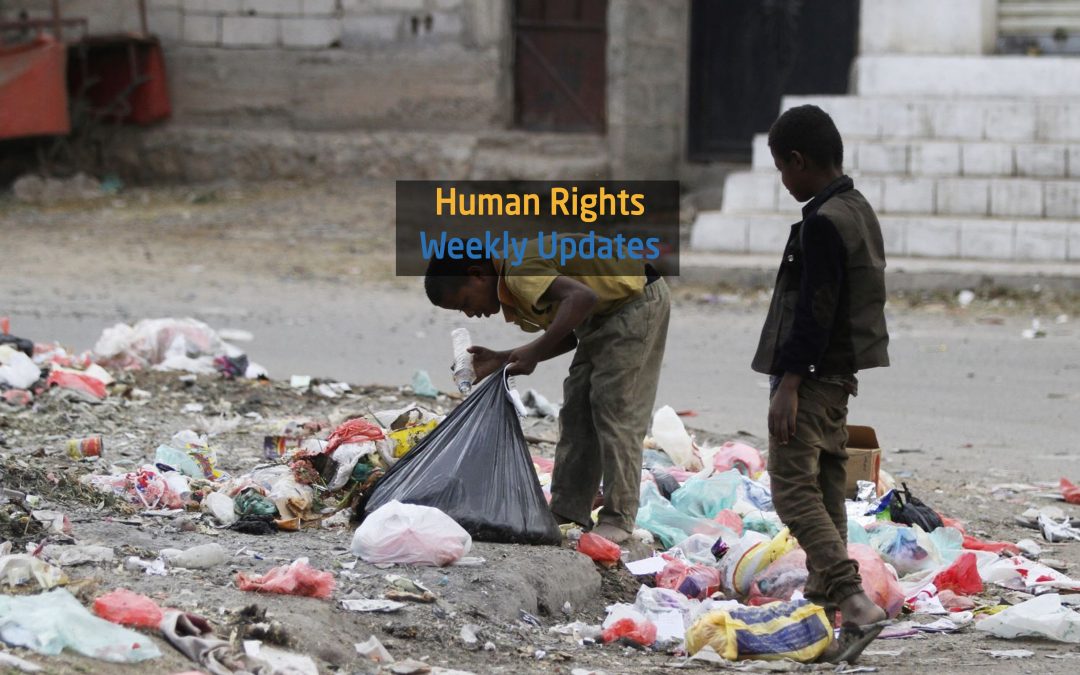 (20,November,2019), Health catastrophe threatens people’s lives in Tebn district in Lahj governorate as a result of the flow of sewage to their houses.

(20,November,2019), Two children were injured after civilian neighborhoods were targeted by the Houthi group in Hayes district.

(24,November,2019), Withered faces as a result of pain and poverty. Sick children are carrying their intravenous equipment in their hands in a very cruel environment reportedly in Hodeidah and because of the outbreak of dengue fever. They have been deprived of the basic necessities of life. The war has doubled their pain. This is another Yemeni picture of the history of war traders who have manipulated human crises.

(25,November,2019), Local sources said that two civilians were killed in the explosion of a landmine planted by the Houthi group in al-Swadia district in al-Baydha governorate